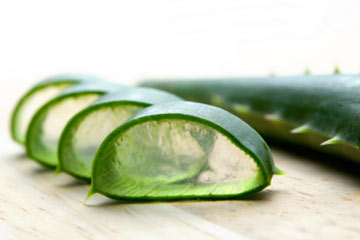 Aloe vera has been considered a curative plant for millennia. The ancient Greeks considered it a cure-all medicinal and it's been shown to cure dry skin disorders.
iStockphoto/Thinkstock

In 1973, a pair of Harvard University researchers began a decades-long investigation into the effects of air quality on public health. The study, which came to be known as the Harvard Six Cities Study, would be the first to conclusively link health and environmental quality [source: Lauerman].

As a result of the study, many Americans turned to herbal remedies considered medicinally valuable in other nations, but eschewed by the U.S. medical establishment. The jury's still out on a few of these remedies, but some have proven effective.

Aloe vera is a good example of a treatment that works. Those spiky, succulent desert plants have long been used as a remedy for burns, injuries and constipation. While studies question aloe's efficacy at treating burns -- some have shown it speeds skin's recovery while others have found it can delay it -- aloe's ability to help treat dry skin conditions is clearer.

Psoriasis vulgaris (common psoriasis) is a skin disorder characterized by hyperactive skin cell production. People with psoriasis produce new skin cells and shed old ones at a rate of about 10 times faster than most people, which leads to persistently dry, irritated skin [source: WebMD]. Studies of aloe vera treatments for psoriasis have yielded positive results. One study in North Carolina tested a topical hydrophilic cream containing just 0.5 percent aloe gel. After using the cream three times daily for four weeks, 83 percent of the participants didn't report any more psoriasis symptoms, compared to 6 percent of participants who were given a placebo [source: Syed et al].

Another clinical trial of aloe vera gel was used to treat seborrheic dermatitis. This disorder affects the oily areas of the skin, turning them red, itchy and dry, and produces dandruff when it affects the scalp [source: Mayo Clinic]. Study participants were given an emulsion with 30 percent aloe to use twice daily over four to six weeks. The mixture cured 62 percent of the group using aloe, while 25 percent of the placebo group noticed some improvement [source: Vardy et al.].

As clinical trials yielded strong evidence of aloe's ability to cure dry skin disorders, researchers began to study its ingredients. The plant's reputed curative properties certainly hold up under scrutiny. In fact, aloe is the only plant that contains an anti-inflammatory compound called C-glucosyl chromone [source: Surjushe, et al]. There are more than 200 chemical compounds in aloe vera, and a number of them help heal dry skin [source: Serovera].

With a dry skin disorder like dermatitis, for example, a topical aloe application delivers polysaccharides that helps moisture stick to skin. The enzyme bradykinase acts as an anti-inflammatory, reducing redness and itchiness. A combination of the sugar glucomannan and gibberellins, a type of plant hormone, promotes the production of collagen in the skin.

Put together, these ingredients helped yield positive findings in aloe vera trials. It looks like science has caught up with ancient knowledge and shown that aloe actually can treat skin disorders.