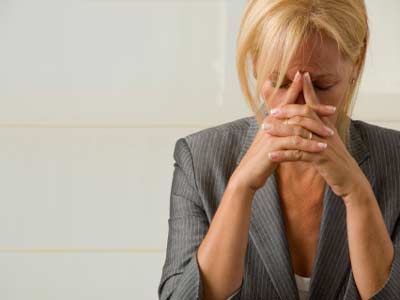 ­A pair of unsettling statistics made for startling health headlines in 2008. At the beginning of the year, information gathered by the Centers for Disease Control and Prevention (CDC) from 1999 to 2005 showed a 20 percent spike in suicide rates among adults between 45 and 54 years old [source: Cohen]. Age groups above and below, on the other hand, remained relatively static.

Later that year, a study published in the American Journal of Preventative Medicine outlined a similar trend in the same time frame. According to the research, middle-aged white women had experienced a 3.9 percent increase in suicide from 1999 to 2005, with white men in the same age bracket following closely behind [source: Bower]. Across the board, a growing number of older adults, including minorities, were killing themselves.

Perhaps, some proposed, it resulted from the profound rise in prescription drug use or the decrease in post-menopausal women undergoing hormone replacement therapy [source: Cohen]. Other experts suggested that it simply reflected the natural ebb and flow of population statistics. The affected group of people fell squarely in the baby boomer generation. Born from 1946 to 1964, American baby boomers number around 78 million strong. Whenever a trend emerges from this group, it makes a noticeable impact because of its sheer size. But an upward shift in suicide rates implied a grim undercurrent. While we pay a lot of attention to baby boomer issues related to retirement, social security and elder care, had we been overlooking an underlying mental health problem?

­Baby boomers are the children of the GI generation (born from 1901 to 1924). They narrowly missed the atrocities and hardships of the Great Depression and the World Wars. Theirs was an era of prosperity, not want. They lived during a time of hope, epitomized by the Kennedy family in the White House, and a period of uncertainty during the Civil Rights movement and the Vietnam War. On the whole, boomers grew up with more economic security and broader futures than previous generations. Women gained more access to jobs, and children had more educational opportunities. Suburbia was born, and industrialization fattened the nation's coffers.

Certainly, when the first baby boomers turned 60 in 2006, the world was a far sight different than the one their parents knew. But boomers may have paid a hidden price for the progress they achieved.