by Dave Roos Dec 31, 2000
Ben Hauptman retired but came back to work for Home Depot in Boston which employs many people past retirement age. 'I retired and I just couldn't take it anymore,' he says. Melanie Stetson Freeman/The Christian Science Monitor via Getty Images

Although retirement is supposed to be the icing on the double-chocolate layer cake that is the American dream — time to go fishing on Tuesday morning or shopping on Wednesday afternoon — many Americans find their retirement dreams are cut short by serious health issues. These include heart disease, stroke, cancer, dementia and mental illness. What's worse, studies show that the trigger for many of these health problems might even be retirement itself!

Dhaval Dave, a health and labor economist who teaches at Bentley University in Waltham, Massachusetts, has closely studied the so-called “retirement curse,” and says that the best data indicate that the negative health effects of retirement are real.

“If we look at the average American five to six years after retirement,” Dave says, “we're finding a 6 to 9 percent decline in mental health, a 5 to 6 percent increase in illness condition, and a 5 to 16 percent increase in difficulties with daily activities. These are definitely not small effects, and if you compound them over many years, they will have appreciable consequences on healthcare spending.”

As an economist, Dave's main concern is whether social programs like Medicare will be able to pay for chronic medical conditions, especially as baby boomers continue to retire in large numbers. But for regular working folks, the concerns are much more personal. How can they stay healthy into their 60s and 70s to enjoy this long-awaited break? And what is it about retirement that makes it bad for our health?

Does Retirement Make You Sick?

Dave points out that the negative health effects of retirement apply to the “average” American. That means that on average, physical and mental health declines shortly after retirement, but there are still plenty of people who can expect stable or even improved health outcomes after quitting the grind. On the flip side, there will also be people whose health deteriorates even faster.

Even more important, Dave says, is understanding that retirement isn't really the cause of declining health. It's all of the lifestyle changes that come with retirement.

“Retirement itself isn't ‘good' or ‘bad,'” Dave explains. “It's really the transition from work to retirement, how you manage that transition, and how it affects your choices to engage in behaviors that ultimately culminate in better or worse health.”

Retirement represents a huge disruption in our lives. Most of us assume it will be a positive change, but that's not guaranteed. Besides the paycheck, work is a source of mental engagement. It provides opportunities for physical activity (yes, staring at a screen and clicking a mouse are physical activities). And perhaps most importantly, work is where your friends are — it's the “nexus of our social interactions,” says Dave.

If you abruptly cut yourself off from your main source of mental engagement, physical activity and social interaction, what do you have left? It's easy to see how retirement, for some people, triggers a downward spiral into depression, poor eating and exercise habits, and other lifestyle choices that trigger new health problems or exacerbate existing ones.

The best way to dodge the “retirement curse,” experts say, is to have a plan for replacing the mental, physical and social engagement that's lost when you leave the workforce, perhaps with volunteer work. Or, you could simply not leave the workforce at all.

Staying in the Game

More people are doing just that. According to the Bureau of Labor Statistics, the percentage of people age 65-74 that are still in the workforce has increased from 17.2 percent in 1994 to 26.2 percent in 2014. While some of that is no doubt driven by financial necessity, many of the people in this age group who are working really enjoy it.

Take Steve Roth. At 70, he's healthy, happy and enjoying a different kind of retirement. Roth worked as an engineer for Alcoa for 28 years before accepting an early retirement package at age 51. With two kids in college, he couldn't afford to relax on the beach, so he started a one-man consulting business. Almost 20 years into his first “retirement,” Roth is finally cutting back on his hours, but he's not ready to quit entirely.

“Every day I'm doing something associated with work,” Roth says. “As an engineer, there's computational stuff, so I'm keeping myself mentally active that way. I have colleagues who are well into their 80s and still working as a consultant and enjoying it. That's the important part of this. If I wasn't enjoying it, I wouldn't be doing it.”

A big part of what Roth enjoys about his work as an acoustical engineer are the relationships with his clients.

“There are not that many people in my field, so I feel like I'm helping people through their projects,” Roth says.

The main reason Roth is entering “semi-retirement” isn't his age, but his priorities. He wants to spend more time with his five grandchildren, all of whom live within 30 minutes of his new home in a 55-plus community outside of Pittsburgh, Pennsylvania.

Healthy aging requires a certain amount of luck, of course, but studies show that Roth is doing certain things that increase his odds of a healthy and happy retirement. Some of the most remarkable results come from the Harvard Study of Adult Development, the world's longest-running study of human happiness. For more than 75 years, Harvard researchers have tracked the lives of 724 men (fewer than 60 are still alive — and they're all in their 90s), surveying their health and life satisfaction every two years.

The fourth director of the Harvard study is Robert Waldinger, a psychiatrist (and Zen priest) who is also the star of the popular TED talk, "What makes a good life? Lessons from the longest study on happiness." In his talk, Waldinger says that the clearest message from the 78-year study is that good relationships keep us happier and healthier.

Now That’s Cool
The Harvard Adult Development Study won’t die with the last of its original participants. Researchers now tracking the health and happiness of their more than 2,000 baby boomer children.

The Reason Why Divorces Jump Significantly in January

The Reason Why Divorces Jump Significantly in January 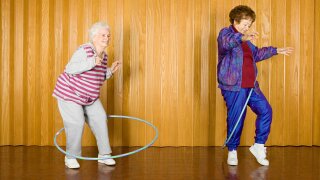 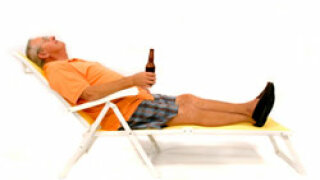 Top 10 Tips for Adjusting to Retirement