South Beach Diet: What You Need to Know

by Rosalind Jackson
NEXT PAGE 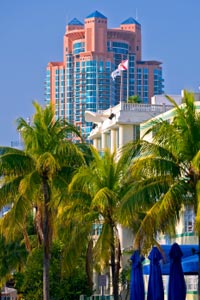 Could the South Beach Diet have you beach-ready in no time? See more weight loss tips pictures.
iStockphoto.com/floridastock

­Take a random poll of your friends, family and colleagues and you're bound to encounter at least a few people who are dieting, and they're all probably not following the same plan. There are countless diets out there -- so many that it can be difficult to figure out which one to follow. Among these, there are low-calorie diets, low-fat diets and low-carb diets. For a long time, the Atkins plan was the most famous of the low-carb diets. And then along came the South Beach Diet.

The South Beach Diet has been around since the late 1990s, when Dr. Arthur Agatston, the director at Mount Sinai Cardiac Prevention Center in Miami Beach, Fla., came up with the diet plan [s­ource: Web MD]. Dr. Agatston was inspired to write up his own diet plan when several of his patients who were following traditional diets were not experiencing the results they wanted.

­As a cardiologist, Dr. Agatston, wanted to ensure that his diet would be heart-healthy [source: South Beach Diet]. As such, the South Beach Diet blends several methods together to try to make a healthful and realistic diet for those looking to lose weight. It's often compared to the Atkins Diet, since both tend to frown upon too many carbohydrates and both also run on a plan based on stages, or phases. But a closer examination of the South Beach plan will show some differences, particularly once you move on past the first phase of the program.

Now that you know how the diet got started, you're ready to learn the specifics of the plan, including what foods you can eat in each of the three phases. Read on to discover how the South Beach Diet plan actually works.