by Dave Roos Oct 30, 2018
Can a spoon of apple cider vinegar each day help you lose weight? jayk7/Getty Images

Even if we know the health claims sound too good to be true, it's tempting to try any weight loss regimen that's so cheap, all-natural and seemingly effortless. So what's the deal — can apple cider vinegar really help you lose weight?

First, a quick explainer on apple cider vinegar versus other types of vinegar. The active ingredient in all vinegar is acetic acid. Most of the vinegars we commonly eat or cook with — white vinegar, red wine vinegar, balsamic vinegar and apple cider vinegar — contain between 5 and 6 percent acetic acid, although mild rice vinegar can be as low as 2 to 4 percent.

But what does the research say?

Deborah Murphy, a registered dietician in Chicago, says the current scientific research on the weight-loss benefits of apple cider vinegar is "limited," although there have been a handful of small studies that make a case for the natural health remedy.

First, several animal studies showed that doses of acetic acid seemed to suppress the accumulation of body fat in mice that were fed high-fat diets. Then the biggest human study to date (from 2014) followed the progress of 175 obese adults in Japan, some of whom were given a beverage containing one or two tablespoons (15 or 30 milliliters) of apple cider vinegar every day with their meals and some who weren't.

After 12 weeks, the folks who drank a little vinegar every day lost 2 to 4 pounds (1 to 2 kilograms) and reduced their body mass index by 0.4 to 0.7 points compared to no statistical improvements in the group who didn't drink the vinegar. While losing any weight is a win, only losing 2 to 4 pounds over three months (a third of a pound a week) hardly qualifies as a "secret weight loss cure" as some claim.

Other much smaller studies have linked apple cider vinegar to slowing down "gastric emptying," which is the time it takes for food to move from the stomach to the small intestine. In an experiment involving just 10 people with type I diabetes, folks who drank a little apple cider vinegar each day kept food in their stomach longer and their stomach size also swelled more after eating a meal. Both of these findings support the idea that apple cider vinegar could help you feel fuller and stay fuller longer, although the scientific "proof" is still modest.

"Unfortunately, there is still no single food that holds the 'secret' to weight loss, despite what many on the internet may say about ACV," says Murphy. "The only way to achieve and sustain weight loss is the same thing you've likely heard a hundred times before — eat healthy and move your body."

Even if apple cider vinegar isn't the cure-all it's sometimes cracked up to be, it can still be part of a healthy diet and lifestyle. Cynthia Sass, a performance nutritionist based in New York and Los Angeles, warns against drinking apple cider vinegar straight, because the acetic acid can wear away tooth enamel and even burn the esophagus.

There's also no reason that apple cider vinegar has to be imbibed in order to access any potential health benefits. Murphy suggests working it into existing your existing recipes.

"Use apple cider vinegar to make a simple vinaigrette for your salad or a tangy coleslaw, whisk up a marinade for chicken or fish, or add a dash to sautéed greens," Murphy says.

Now That's Cool
The jury is still out on apple cider vinegar as a weight loss cure, but there's promising research in a small study showing that vinegar can significantly improve insulin sensitivity in diabetic and prediabetic patients after a high-carb meal. 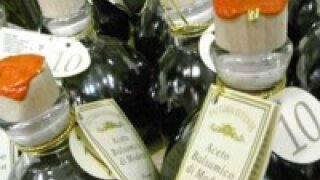 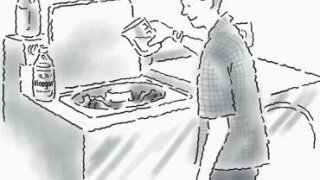 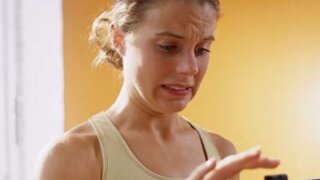