by Michelle Konstantinovsky May 15, 2019
The availability of an open bar at an event has the potential to alter a whole series of things, from drinkers' beverage choices, to the amount of alcohol consumed, to the likelihood of getting blackout drunk. Dia Dipasupil/Getty Images

For many party attendees, the second that invitation arrives in the mailbox, eyes are peeled for a few key phrases: "plus-ones welcome" and "open bar" being the most sought after. That last one (which means the drinks are totally free and limitless) has become an increasingly common feature at everything from weddings, birthdays and bar mitzvahs to company parties and family events. And while it's nice to think revelers can indulge in a moderate number of adult beverages and cut themselves off before things get out of hand ... research indicates otherwise.

According to a 2019 study from Niznik Behavioral Health, a rehabilitative treatment center in Miami Gardens, Florida, unlimited alcohol (perhaps unsurprisingly) has the tendency to affect people's drinking habits. The survey of over 1,000 people who had attended open bar events in the past year revealed that open bar environments have the potential to alter a whole series of things, from drinkers' beverage choices, to the amount of alcohol consumed, to the likelihood of getting blackout drunk.

The biggest takeaways from the study: The average person's alcohol consumption increases 47 percent if there's an open bar, and people are 52 percent more likely to drink liquor at an open bar than they are at an ordinary bar. The numbers are slightly different according to gender, too — while 38 percent of men say their drink of choice changes at an open bar, 43.5 percent of women say the same thing (and both groups overwhelmingly prefer spirits like vodka, tequila and whiskey when the bill is paid, even though men more typically opt for beer at regular bars).

Those familiar with alcoholic beverages might already see what's coming, given the fact that spirits have 30 to 40 percent alcohol (often triple or quadruple the content of beer). Not only are people drinking boozier drinks at open bars, though — they're also drinking way more of them. According to the survey, men drink 3.8 drinks at a regular bar, but bump up to 5.6 drinks at an open bar, while women go from 3.1 drinks to 4.6 drinks. On average, that adds up to a 47 percent increase in alcoholic consumption on average for both sexes. So, more booze and more potent booze kind of naturally leads to the next finding, which is that just over 37 percent of men and women become physically ill when there is an open bar.

Getting sick is bad enough, but the survey also found that a significant percentage of respondents actually blacked out due to their behavior at open bars. Alcohol-induced blackouts occur when a person who has been drinking experiences partial or total memory loss, and they're often associated with negative consequences including injury and death. Of the survey respondents, 29.4 percent of men and 22.7 percent of women had blacked out at an open bar.

It's not all doom and gloom, however — well, for the guests at least. The survey found that 91 percent of open bar attendees said they enjoyed themselves. But hosts weren't so keen on the aftermath — only 44 percent said they enjoyed themselves, while 52.1 percent were neutral (3.9 percent had a really, really bad time). So, if you're planning to offer an open bar at your next event, consider the research and try to figure out if the potential risks (and financial loss) are worth it. And if you find yourself attending an open bar event, consider having an accountability buddy, hydrating properly between drinks and maybe even skipping the booze altogether (after all, there's usually cake and dancing to enjoy too).

Learn more about alcohol and other drugs in "High: Everything You Want to Know About Drugs, Alcohol, and Addiction" by David Sheff. HowStuffWorks picks related titles based on books we think you'll like. Should you choose to buy one, we'll receive a portion of the sale.

Now That's Expensive
According to the Bridal Association of America, the average cost of reception beverages and bartender service is $2,826 (the website Bridal Guide says an open bar is the most expensive beverage option and can end up costing as much as 10 to 20 percent of the total wedding budget).

Beware If You Travel the Devil's Highway 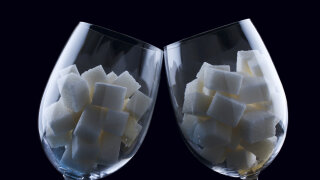 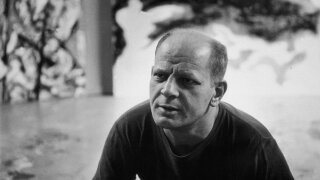 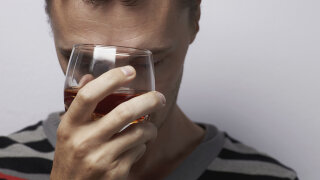 Can alcohol cause anxiety?