by Alia Hoyt Jan 8, 2016
Smucker's says this jar of peanut butter is natural. What does that really mean? Scott Olson/Getty Images

Nutritional claims like "fat-free," "gluten-free" and "heart-healthy" are all over the place, but few have people scratching their heads quite like the term "natural." What exactly does it mean in relation to products that are typically processed in one way or another? Never fear, nutrition-conscious consumers of the world. The U.S. Food and Drug Administration (FDA) is all over this issue like white on organic rice, and they actually want your help to clear up the confusion and contention.

Shoppers can get in on the action by offering comments and opinions until May 6, 2016, about whether the term needs to be clarified, and if so, what factors the agency should consider when creating the definition. They're also asking for input on how this potential new definition should affect labeling practices.

The FDA already regulates some label descriptions, as is the case for "organic," which cannot be displayed on a product unless it meets a litany of requirements. For example, to be certified organic the food must be grown or produced using only approved methods (pesticides and genetic engineering are taboo), and producers must also be mindful of protecting natural resources. Some companies, however, might sidestep this defensive measure by slapping "natural" (which is often confused with "organic") on their labels in order to woo would-be healthy individuals into purchasing their products.

"'Natural' is used to imply health benefits and safety. Neither is necessarily the case," says Dr. David L. Katz, founder of the Yale University Prevention Research Center. "Botulinum toxin and rattlesnake venom are natural." You sure don't see people flocking the aisles to pick either of those bad boys up in bulk, do you?

Up until now, the FDA hasn't enforced a specific policy regarding the word "natural," but it has considered such products to be free of artificial or synthetic components or additives. It has not taken into account bothersome stuff like pesticide use, manufacturing methods or nutritional info in its current position.

So why all the fuss now? More U.S. consumers are becoming food-conscious, and want to be able to truly understand what they're putting in their bodies. Unfortunately, the "natural" label might be keeping them from true enlightenment. A 2014 survey revealed that two-thirds of Americans mistakenly believe that "natural" products are devoid of pesticides, artificial ingredients and genetically engineered organisms, but these beliefs aren't necessarily true; it depends on the product.

"As it stands, natural can mean anything or nothing," says nutrition expert Dr. Scott Schreiber. "Food manufacturers use this to deceive the public into thinking their product is healthy, when in fact it may be highly processed and unhealthy."

Public outcry at this lack of clarity initiated the comment campaign. "The FDA is taking this action in part because it received three Citizen Petitions asking that the agency define the term 'natural' for use in food labeling and one Citizen Petition asking that the agency prohibit the term 'natural' on food labels," says FDA spokesperson Lauren Kotwicki via e-mail. "We also note that some Federal courts, as a result of litigation between private parties, have requested administrative determinations from the FDA regarding whether food products containing ingredients produced using genetic engineering or foods containing high fructose corn syrup may be labeled as 'natural.'"

It's unlikely that the FDA will ever be able to make everyone universally happy, if the comments they've received so far are any indication. One contributor (who's not alone in his opinions) insists that a product labeled natural should be completely free of preservatives, artificial colors and flavors, MSG, hormones, antibiotics, genetically modified organisms (GMOs), and not treated with pesticides.

Other commentators urge the FDA not to waste their time on a definition. "Eliminate the word 'natural' in product labeling entirely," one person says. "If there is no word 'natural', then there is no confusion." Others are inclined to agree. "The use of the term 'natural' in food packaging is to claim that the product is safer or otherwise superior to 'un-natural' foods," says an anonymous commentator. "This is highly misleading, as the naturalness of an item bears no relation to its safety."

The FDA acknowledges the inherent challenges in the task at hand. "From a food science perspective, it is difficult to define a food product that is 'natural' because the food has probably been processed in some way," Kotwicki says.

For some experts, there is little wiggle room. "I believe that the term 'natural' should mean exactly what it says, the product comes from a live source, plant or animal, and is not processed or manipulated in any way," says Dr. Schreiber. "It should not 'come from natural sources,' meaning that at one time was natural before the processing."

Now That's Interesting
Way back in 1924 the Supreme Court ruled in U.S. v. 95 Barrels Alleged Apple Cider Vinegar that the Food and Drugs Act condemns "every statement, design, or device on a product's label that may mislead or deceive, even if technically true."

High Tech at High Speeds: Cars of the Future at CES 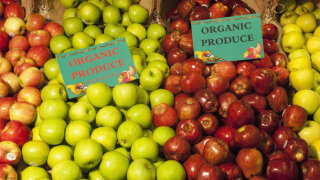 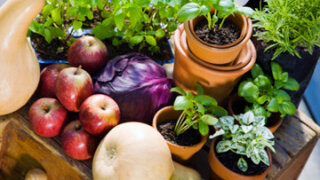 How much more does organic food cost and why? 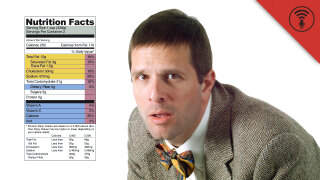