Prev NEXT
Supplements are displayed in a shop May 26, 2010, in New York City. A U.S. government probe into herbal and dietary supplements found that some contained contaminants and used false marketing claims. Mario Tama/Getty Images

Perhaps the biggest potential danger regarding supplements — and the most important thing consumers need to realize — is that the industry today is only loosely regulated. It wasn't always this way. Before 1990, dietary supplements were tightly controlled by the Food and Drug Administration (FDA). Too tightly controlled, some say, nearly causing the industry to collapse. Part of the tight control meant "dietary supplements" referred to only a few essential nutrients, including vitamins, minerals and proteins, and after 1990, also herbs. But in 1994, there was a huge change [source: FindLaw].

That year, Congress passed the Dietary Supplement Health and Education Act (DSHEA), which expanded the definition of "dietary supplement" to include amino acids (e.g., lysine, tryptophan), and metabolites and extracts (e.g., bilberry extract, chamomile tea), among other substances. It also defined dietary supplements as food, not as drugs or food additives (like spices). These changes meant supplements suddenly had much less federal oversight or regulation, and the industry boomed [sources: FindLaw, Scarbrough, Institute of Food Technologists].

In exchange for the looser regulation, makers of dietary supplements could not claim their products cured any diseases (because that would make them drugs regulated by the FDA). They also had to include all ingredients on a product's label, and identify that the product was a "dietary supplement." Although a label could make a claim about the supplement's positive effect on the body, it also had to say, "This statement has not been evaluated by the Food and Drug Administration. This product is not intended to diagnose, treat, cure or prevent any disease." It was up to the manufacturer to ensure that its product was safe, although the secretary of Human and Health Services could declare that a supplement or an ingredient in a supplement was hazardous to health [source: FindLaw].

The FDA has established good manufacturing practices for supplement producers to help ensure you're getting what's advertised — that your capsules don't contain too much or too little of an ingredient, for example, or a contaminated product. And the FDA occasionally will inspect a supplement manufacturing facility. But the FDA does not have to approve a supplement before it can be brought to market [source: National Institutes of Health].

To help ensure supplements are safe, several independent organizations offer quality testing. If a manufacturer submits a supplement to the testing and passes, the product is allowed to carry a seal of approval that guarantees it was properly manufactured, contains the ingredients on its label and doesn't have harmful levels of contaminants. Some of the more notable testing organizations are ConsumerLab.com, NSF International and U.S. Pharmacopeia. A few of the hundreds of supplements that earned quality seals are supplements produced by Kirkland (Costco), NatureMade and Nutrilite (Amway) [sources: National Institutes of Health, Quality Supplements, NSF].

However, even a quality seal doesn't mean any given supplement will work for you, or that it's safe for your body. And that is one of the ongoing debates. 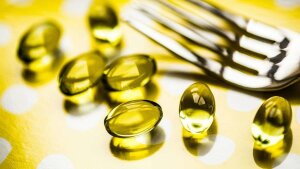