What supplements do Olympic weightlifters use? 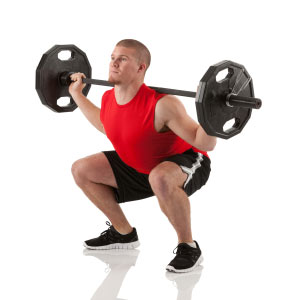 To maximize their training, weightlifters need to make sure they're getting the best possible nutrition.
©iStockphoto.com/4x6

Weightlifting has been an Olympic sport since the first modern-day games in Athens in 1896, and ever since, it's been a battle to see who is the strongest, the fittest and, ultimately, a winning Olympian.

A study conducted by researchers at Harvard Medical School and McLean Hospital in Massachusetts suggests that human growth hormone (hGH) is a commonly used substance among American male weightlifters of all levels. Researchers found that as many as 12 percent of weightlifters surveyed admitted they use the anabolic steroid, with the median usage lasting for a 23-week period [source: Malinowski]. And it's not only at the amateur level -- U.S. Olympic weightlifter Patrick Mendes was recently suspended for two years for using hGH. He is not alone.

But there's a difference between enhancing your performance with substances that may harm you or give you unfair advantage in your sport and taking supplements to make sure you're getting all the protein, carbohydrates, fats, and vitamins and minerals you need in your daily diet. The World Anti-Doping Agency maintains a strict list of substances Olympians are prohibited from using, both in and out of competition -- the list currently includes anabolic agents, peptide hormones, beta-2 agonists, hormone antagonists and modulators, diuretics and other masking agents, stimulants (caffeine was prohibited until 2004), narcotics, cannabinoids, and glucocorticosteroids. Athletes are also prohibited from gene doping, enhancement of oxygen transfer (also known as blood doping), and chemical and physical manipulation. When Pat Mendes tested positive for hGH, for example, he was in violation of the International Weightlifting Federation Anti-Doping Policies and the USADA Protocol for Olympic and Paralympic Movement Testing -- and was subsequently banned from participating in the 2012 London games.

But none of those are actually dietary supplements. An athlete's dietary requirements can far exceed what most of the rest of us need because they use more energy, but your intake needs are also based on your overall health, how your metabolism works and, in general, how your individual body works. Olympic athletes have the best odds of achieving their best performances when their nutritional needs are met and maintained.

Just like us non-Olympians, the types of supplements Olympic weightlifters use are going to be determined by their own bodies' needs. Olympic nutritionists emphasize the importance of a well-balanced diet full of energy-boosting and tissue-rebuilding foods, such as carbohydrates, protein, fats and fluids, but Olympic athletes may supplement their diets with vitamins and minerals, including calcium, iron and zinc, as well as amino acids, among other compounds. Let's look at some of the most commonly used supplements, beginning with what amino acids are and why they're important for weightlifters.