Getting Circumcised: Live and Let Cut 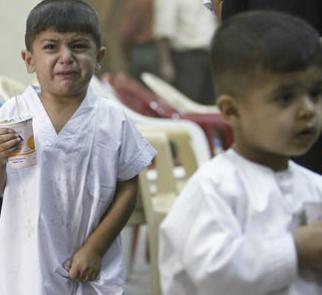 In 1999, more th­an 65 percent of infant males in United States were circumcised. The rates are highest in the Midwest (with around an 80 percent circumcision rate), about even in the South and dropping in the West [source: CDC]. Since Jews and Muslims are minorities in America, the decision is usually being made based on either cultural or medical reasons.

But even for Muslims and Jews, there isn't a real imperative to circumcise. Muslims do it strictly out of tradition, since there is no decree in the Koran regarding circumcision. Even among Jews, there's a growing conversation about the continued need for the practice, with some otherwise-observant Jews electing not to circumcise their sons.

There are some valid medical reasons to circumcise. Studies have shown that circumcision can reduce the risk of contracting the HIV virus by 60 percent [source: Timbert]. The studies that uncovered this finding were conducted in Africa, and the World Health Organization (WHO) is attempting to increase circumcision rates throughout the continent in a bid to contain an out-of-control AIDS epidemic. But if it's so effective, why aren't we holding pro-circumcision campaigns in the United States? Opponents of circumcision rightly point out that basic safe-sex practices will also drastically lower the odds of contracting HIV. However, parts of Africa have HIV infection rates as high as 30 percent, and although public health officials don't view circumcision as a magic bullet, it is seen as part of a larger strategy to combat the spread of the disease.

The fact that it's easier to keep a circumcised penis clean is neutralized simply by good hygienic practice. However, a circumcised male doesn't even have to consider the issue, while an uncircumcised male must take good care of his foreskin to prevent it from becoming a hotbed of bacteria.

Anti-circumcision activists claim that circumcision needlessly hurts infants, and there's no doubt that it doesn't feel good. Modern and improved use of pain-numbing agents helps keep discomfort to a minimum, however. Circumcised men never have to deal with certain painful maladies that can afflict uncircumcised men such as phimosis (foreskins that won't retract) or paraphimosis (foreskins that, once retracted, won't re-cover the tip of the penis). These conditions can often require adult circumcision to alleviate the pain and related swelling.

With good hygiene, safe-sex practices and regular medical checkups throughout a man's life, circumcision isn't necessary. However, it should be left up to each parent to learn as much as possible about the subject, weigh the pros and the cons and make an informed decision. A circumcised boy is unlikely to know any different or care one way or the other, and the same holds true for an uncircumcised boy.

For more articles that might interest you, such as more information on circumcision and AIDS, try the links below.