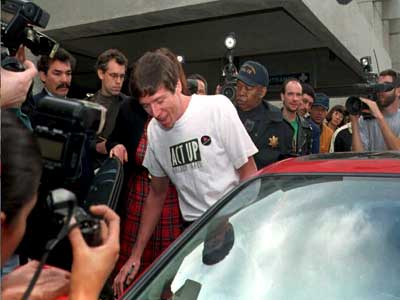 ­In the last years of his life, Jeff Getty couldn't stand monkey jokes. The­ sight of a bunch of bananas was cringe-inducing for the AIDS and cancer patient. He even refused to eat the yellow fruit in public, for fear of the accompanying teasing. Primate-related punch lines haunted Getty because he received the first bone marrow transplant from a baboon in 1995. Getty underwent the procedure hoping that the marrow cells would successfully engraft and produce vigorous white blood cells to fight off the virus that had ravaged his body and pushed him to the brink of death.

Baboons have a natural immunity to HIV-1, which is the most prevalent type of AIDS virus in the United States. HIV attacks its victim's white blood cells, and without them, the body can't defend itself from diseases. Bone marro­w tissues are the body's blood cell factories. They produce red blood cells, white blood cells and platelets. A baboon's bone marrow, the medical logic goes, would generate HIV-immune blood cells that could fight off the virus.

­But Getty's bone marrow transplant wasn't as simple as making an appointment with the doctor. For one thing, he had to gain approval from the U.S. Food and Drug Administration (FDA) due to the risks involved. Bone marrow transplants in general are highly risky operations. About a third of the patients who undergo them die. Transplanting marrow from a baboon complicated the situation further. The bone marrow could contain dangerous viruses that humans had never been exposed to. If Getty were to contract such a vir­us and pass it along to someone else by exchanging bodily fluids, it could spark a new epidemic. After all, the FDA cautioned, Ebola, HIV and other deadly strains have been transmitted from monkeys to humans.

Due to the dire circumstances of Getty's rapidly failing health, the FDA relented. The agency granted permission for what remains as the only baboon-to-human bone marrow transplant. 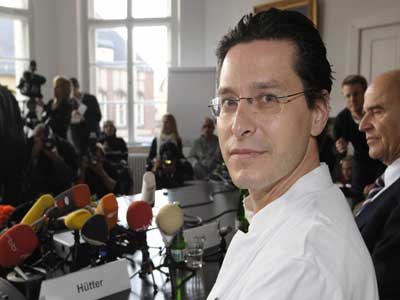 Should You Save Your Baby's Umbilical Cord Blood?
What will medicine consider unethical in 100 years?
How Organ Donation Works