The resulting sweat from eccrine sweat glands seems to emanate only from places where the glands are most concentrated: the forehead, hands and feet. Actually, your skin has an entire network of eccrine sweat glands (perhaps as many as 3 million) that operate their ductwork from the top of your head to the soles of your feet.

Eccrine sweat glands are one of two types of sweat glands found only in mammals. The other, apocrine glands, develop around hair follicles [source: Britannica]. Eccrine glands are tubular structures that open directly at the top of the skin, between the hair follicles. They have two parts: an outer duct and inner sweat-secreting cells. Imagine the outer duct's tubular construction is a vacuum hose; although it retains its circular shape, it coils under the skin like a boa constrictor. The cells inside squeeze until they've pumped perspiration to the pore opening at the skin's surface [source: Munger].

This perspiration is mostly water but also contains salts and electrolytes, some of which are reabsorbed by the cells. The rest is left to evaporate on the skin's surface. This helps your body regulate its temperature. The sweat production is also a physical response that's signaled by an emotional or psychological stressor; a remnant from our ancestors who once fled dinosaurs and other hungry beasts.

Besides the elementary response that prompts one to sweat, there are a number of variables that contribute to exactly how much you'll perspire. Some are genetic (excessive sweating, known as hyperhidrosis, may run in your family), while others are environmental. For example, all other things being equal, if you're in the sun wearing dark clothing while the person next to you is wearing breezy light-colored clothing, you'll probably win the sweat contest. Of course, if you've got one of the medical conditions sometimes associated with eccrine sweat glands, you're up against a more serious problem. See why on the following page. 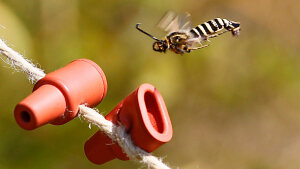 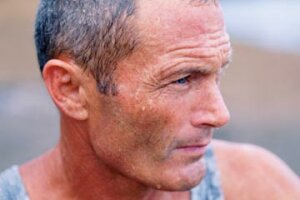 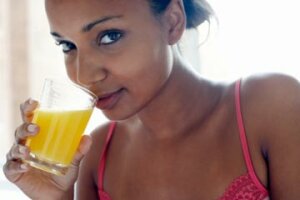