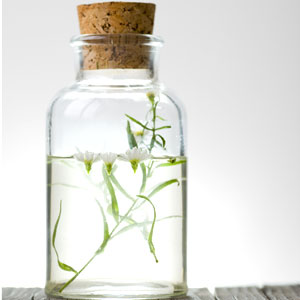 Chamomile has been shown to be a good digestive aid.
©iStockphoto/Effinity Stock Photography

Chamomile is another home remedy that is particularly effective in treating an upset stomach -- as well as several other conditions.

Chamomile's medicinal secret is the volatile oil derived from its daisy-like flowers. An extract produced from the herb can reduce muscle spasms and inflammation of mucous membranes, making it a useful treatment for indigestion and menstrual cramps. Chamomile also contains chemicals that fight infections that cause minor illnesses.

Several studies indicate that chamomile is a good digestive aid. The herb contains a wide variety of active constituents. Bisabolol, one of its prime constituents, has anti-inflammatory properties and relaxes the smooth muscle lining of the digestive tract. In experimentally induced gastritis and other inflammations of the mucous membranes, chamomile consistently demonstrated quick and prolonged anti-inflammatory effects.

As long ago as 1914, researchers were publishing papers proclaiming the herb's ability to block the actions of convulsants and other chemicals that cause spasms. Chamomile's sedating properties were documented in the 1950s. But we're still learning just how the herb works.

If you plan to try chamomile medicinally, take the advice of the late pharmacognosist Varro Tyler, Ph.D., who was professor emeritus at the Purdue University School of Pharmacy in Indiana, and get as much of the volatile oil as possible.

Many of the chemicals contained in the oil are lost through steam when tea is brewed. Even a very strong tea may contain only a small percentage of chamomile's volatile oils. So steep your tea in a covered container. You could also try eating the chamomile flowers after you've brewed your tea instead of simply throwing them in the trash or garden.

On the next page, see other ways chamomile benefits the digestive system.

For more information about herbal remedies for other types of digestive problems, take a look at the links on the next page.

What Does Science Say About the Health Benefits of Cordyceps?
40 Amazing Uses for Aloe Vera
What Is the Difference Between a D.O. and an M.D.?