by Alia Hoyt Feb 28, 2018
A study showed just 4 percent of Americans brush their teeth in the shower, but the rate is growing among those younger than 45. SerrNovik/Thinkstock

Just when you thought the issues of the world couldn't get any more polarizing, up rears the topic of toothbrushing in the shower. That's right. Not the sink. The shower. For some of us, this sounds flat-out crazy or gross. "Egads! Nope, nope, nope. I mean, to each his own, but nope!" says Ellen Mangold of Thompson's Station, Tennessee, when queried about the practice. But a surprising number of people seem to be of the opposite opinion.

"I brush my teeth in the shower all the time," says Lily Curtis (not her real name) in Kenosha, Wisconsin. "I always have, but even more so since I started with electric toothbrush. It is super messy and no cleanup if I brush in the shower."

Curtis makes a valid point about the cleanliness quotient of toothbrushing in the shower. Even the most fastidious of toothbrushers wind up with a sink caked with toothpaste unless thoroughly wiped out after each session, and who has time for that? Which brings us to the next purpose for cited for shower-based brushing – time saving. It's a technique that Bill Clements of Kennesaw, Georgia picked up during his military days and continues now. At the time it was "essential to not waste a second for 40-50 guys with barrack-style five showers, five sinks and five heads, and all need to stand inspection within a few minutes from reveille," he recalls in an email interview.

Michelle Brownlee, of Spring Hill, Tennessee, started brushing in the shower while in college. "We had community bathrooms, so I had a shower bucket with compartments for all of my bathroom items. My toothbrush was in there with me so I'd brush my teeth in the shower in the morning — one less thing to have to do in the community sinks," she says in an email. "Then with my first job I was always running late in the morning, so it felt like doing that while conditioning my hair was a time saver."

There's no dental industry-wide consensus so far on the matter. Dentist Dr. Steven Golubow in Macon, Georgia, brushes in the shower. Like many other experts, he just wants people brushing better and more often, and doesn't really care where it happens. "Most of my patients don't brush twice a day for two minutes, so I advocate anything that will increase health oral hygiene habits," he says in an email.

He's not paranoid in his assessment, either. A 2014 Delta Dental survey found that only 69 percent of Americans brush their teeth the recommended two times a day, leaving 31 percent with subpar dental hygiene practices. The study also showed that 91 percent of Americans brush over the bathroom sink, while only 4 percent brush in the shower. However, Americans between 18 and 44 were twice as likely to brush in the shower as older Americans -- a fact has inspired products like the one below:

Dr. Golubow suggests that shower-brushers keep an extra brush sinkside. "Having to retrieve your tooth brush from the shower may lead to skipping the bedtime brush which is the most important. They say you brush your teeth in the morning to keep your friends and at night to keep your teeth."

Sophia Borghese, with Southern Dental Carein New Orleans, emails that "brushing teeth in the shower can mean one of two things other than efficiency: bacteria buildup on one's toothbrush, or an unthorough tooth brushing."

Sometimes, she says, people who brush their teeth in the shower may not pay much attention to what they're doing. "When brushing while washing hair, it's easy to miss spots that need to be brushed. For instance, the back teeth and tongue."

She adds that bacteria from the shower drain comes up through the steam generated by a hot shower. "The bacteria can get stuck in the toothbrush and then brushing one's teeth becomes like brushing ... with a dirty loofah." She advises keeping the shower curtain open during the day so the brush has exposure to clean oxygen.

Dentist Golubow gets around the bacteria problem by using a suction cup shelf mounted at the back of his shower. "It's important that [the toothbrush] is not sitting in water for an extended period. So, [use] either a wire shelf or a special suction cup holder where the brush is allowed to air dry," he says.

Now That's Important
Electric toothbrush users beware: Many models are water-resistant, but not waterproof, notes dentist Dr. Steven Golubow. So, use in the shower at your own risk and store away from the water stream. Also, never leave the charger in the shower!

Tiny Houses Are Huge for Homeless 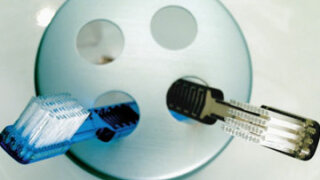 How to Disinfect a Toothbrush 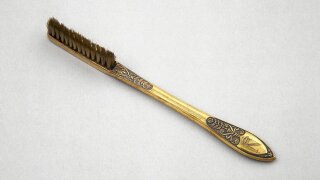 What Was the Very First Toothbrush? 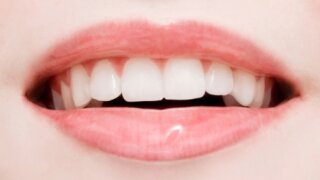