Used Books May Be Germy, But They Won't Make You Sick

by Carrie Tatro Feb 1, 2018
Books, despite often being passed from germy hand to germy hand, are safer to handle than you might imagine. Andia/Getty Images

Remember books? Words printed on paper bound between two covers? When Gutenberg introduced the printing press in 1450, books became objects of extraordinary wonder that changed the world. Throughout the centuries these fascinating tactile objects educated and amused, instructed and advised, kept us company on sick days, and curled up with us on rainy nights, sparking our imaginations.

In 18th-century America, lending libraries became the great egalitarian sanctuaries of knowledge where farmers and financiers alike could access for free all the mysteries of the world. But in our current virtual, ephemeral, device-driven culture, books have become marginalized, undervalued clutter, oftentimes casually thrown away. In some cases, bona fide treasures are literally being tossed into garbage bins and kicked to the curb.

Yes, books can end up in some unimaginably filthy places. And sick people sneezing on, touching and tainting the pages of public library books makes a person gulp and shudder to ponder where pretty much any book has been since Gutenberg first fired up his press in 1450.

A couple of cases in point.

A homeless man recently salvaged four rough condition 1870s Moroccan leather books from an alleyway trash heap. Turns out the four volumes titled "The Far East", consist of 24 issues of a rare English-language newsmagazine published in Shanghai, China, between 1870 and 1878. In 2009, Sothebys in London auctioned 118 issues of the same periodical with 112 original albumen prints — the largest collection to surface on the market in 30 years — for just over $42,000. Said Don Stewart, veteran bookseller and owner of renowned MacLeod's Books in downtown Vancouver, who purchased the volumes for an undisclosed amount, "It's the best thing ever to come out of the garbage that I've ever encountered."

Over a period of time, sanitation workers in the Turkish capital collected thousands of discarded books while making their garbage pick-ups. Instead of abandoning them to landfills, these thoughtful, curious stewards of knowledge rescued the books and compiled a library that now houses 6,000 volumes in every imaginable genre. Originally the library was set up only for the sanitation workers and their families, but as word spread, people began to donate cast-off books and the library opened to the public in September 2017. Now a vital part of the community, the library is located in an old brick building at the headquarters of the city's sanitation department. The collection of salvaged volumes has grown so large that the library now loans books to schools, various educational programs and even prisons.

Sick at home with the flu, Cheyenne Deibert, a 16-year-old high school sophomore wondered if she was getting contagious bacteria all over the library book she was reading. She then began to wonder if library books in general might be potential carriers of infectious disease. With that in mind, she created an award-winning international science fair project to find out. With the help of local librarians, she chose popular books that were checked out often and rubbed methodically taken swabs from each book onto four petri dishes per book. Two of the dishes contained agar, a substance bacteria thrive upon. And two dishes contained methylene blue, a chemical that thwarts the growth of certain bacteria while enabling others. Next, she put the plates in an oven at body temperature to find out how many microbial colonies were present. And guess what fearless library card holders? Not much bacteria was present on the books she tested, and none of the swabs exhibited E. coli.

With that in mind, say hello to fomites.

A fomite is any nonliving object or substance capable of carrying infectious organisms, such as viruses or bacteria, and transferring them from one individual to another. In an email, Jesse T. Jacob, M.D., associate professor of medicine and hospital epidemiologist at Emory University Hospital Midtown, says that books and e-readers can be considered fomites, but, "the infection risk is very low."

Asked if it is possible to get sick from touching a library book if, for example, someone with the flu licked their finger to turn the pages, or sneezed and coughed on the book, Jacob replies, "It's possible but unlikely. Influenza can survive on paper and cloth for less than 12 hours. It's usually the respiratory secretions that carry the highest burden of virus, and it would not be expected on spit. So licking a finger and turning a page is likely less contagious than picking your nose and then turning the page!"

"Most respiratory viruses," Jacob continues, "are transmitted by indirect contact, such as when a person touches an object (think doorknobs and handles) that has been contaminated, and then inadvertently touches a mucous membrane such as the lining of the eyes, nose and mouth. While bacteria can potentially be spread by books or tablets, in most people it will not cause infection."

Asked what kinds of bacteria and viruses have the strongest survivability on paper, Jacob says some bacteria survive better than others. "Gram positive bacteria such as strep and staph are better at persisting on surfaces in general, followed by viruses."

Jacob even suggests that, because so many people are allergic to dust and mold, they're probably bigger problems than bacteria or viruses on books. "Clean your hands and avoid touching your face or mucous membranes with potentially contaminated fingers to avoid catching a virus," he says.

So if you perchance regret tossing that once-cherished, dog-eared, underlined, pizza-stained copy of whatever it was that first ignited your youthful passions and awakened your sensibilities, why not revisit another well-loved copy by checking it out at your local library? According to Jacob, the odds of it making you sick are, "very low."

But the odds of it making you happy are very, very high.

Now That's Interesting
Arsenic was once known as an "inheritance powder" because it could mean "curtains" for a rich old auntie. But people thought nothing of adorning their walls with arsenic-laced wallpaper which shed potentially lethal dust particles that could be inadvertently inhaled or ingested. Published in 1874 by Robert M. Kedzie, a Union surgeon during the American Civil War, the pages of "Shadows from the Walls of Death" might kill you if you touch them without wearing gloves. Kedzie wrote the book to warn people about the danger of decorating with arsenic-saturated wallpaper.

Our Apps Are Tracking Us 24 Hours a Day 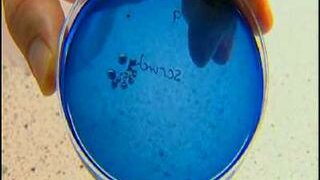 What are some great tips for fighting germs? 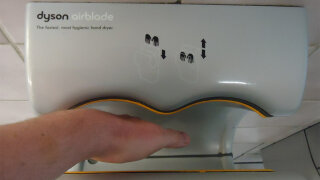 Can Jet Hand Dryers Really Blast Out a Germ Cloud? Well, Yes and No 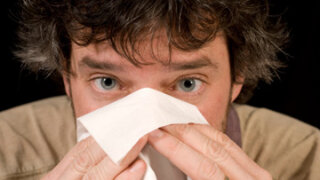 5 Things You Should Know: Germ Fighting