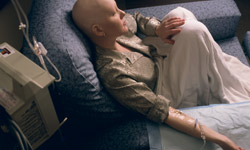 Less than half of those diagnosed with cancer will die from the disease.
Kevin Laubacher/Taxi/Getty Images

Cancer Myth 1: The risk of dying from cancer in the United States is increasing.

Origin of Myth: Many people believe that their risk for cancer is growing because cancer figures are sometimes reported out of context. The actual number of people who are diagnosed and who die of cancer each year has indeed grown — because the U.S. population is growing larger, and is aging. Cancer is more common among the elderly, so more cases are to be expected as the average age of the U.S. population increases. A closer look at the numbers by age group shows the cancer risk for Americans is actually dropping.

Reality: The risk of being diagnosed with cancer and the risk of dying of cancer have decreased since the early 1990s. Fewer than half the people diagnosed with cancer today will die of the disease. Some are completely cured, and many more people survive for years with a good quality of life, thanks to treatments that control many types of cancer.

Cancer is not one disease, but many different diseases with different causes. For that reason one breakthrough "cure for cancer" is probably not likely to come along. There probably won't be one date in history when people remember that the cure for cancer was announced — just as infectious diseases weren't conquered on one particular day. Instead, every year will bring more and more cures for more and more types of cancer.