Is what's in my belly button really lint?

Belly button lint is a near universal experience, but some things such as body hair and clothing contribute to it.
greg801/Thinkstock

The term "belly button lint" is a catchall. And, as it turns out, so is the belly button itself. What we think of as lint in our navels is really a combination of fabric fuzz, dirt, dead skin cells and bacteria. Gross, right?

We know this particular detail because certain scientists have taken on the unappealing job of evaluating the debris that hangs out in the human belly button. In the process, they discovered a number of interesting facts.

First of all, navel lint is an occurrence that's mostly seen in men. This is because abdominal hair — which the male of our species tends to have much more of — tends to latch onto fibers from clothing. And because hair typically grows in concentric circles around the belly button, body movement and friction cause the lint from shirts to get pushed toward the navel like water circling a drain.

Incidentally, the scientists also discovered that new cotton T-shirts contribute the most lint, while dress shirts and older tees tend to shed less. And, for obvious reasons, people with "innie" belly buttons have more lint than those with "outies."

Regardless of how much or little lint you have in your navel, you can rest assured that it's generally harmless. This is despite 2,368 strains of bacteria that make their home in the belly button [source: Fischer]. In fact, researchers at North Carolina State University discovered that 1,458 bacterial strains in the human navel are unrecognized, potentially new species [source: Fischer].

Perhaps one of the reasons the belly button harbors so many microbes — as well as wads of lint — is because people tend to neglect their navels when showering. So, unless you want a science experiment growing on your body (and, hey, maybe you do), swipe your belly button with a washcloth every now and then. 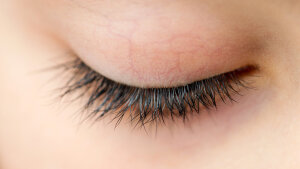 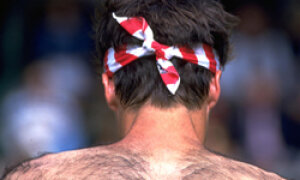 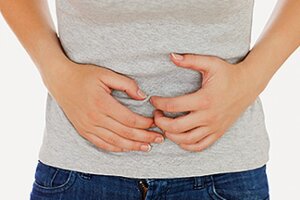