by John Perritano Jun 18, 2018
A common theme among those who complain about poor sleep is that they use their smartphone before bed. Department of Defense

We humans love to stare into our smart devices. We gaze for hours — about 10 hours and 39 minutes a day — at our computers, smartphones, tablets and televisions. Is all this staring bad for us? It might be, mainly because as we stare at our devices we are exposing ourselves to blue light.

Blue light is a type of electromagnetic radiation with a very short wavelength that produces a high amount of energy. While it's true that light can damage your eyes under certain circumstances, there's no scientific evidence suggesting that blue light is harmful to our eyes. But many people still think it is, which is why blue light-blocking glasses are so popular. So do the glasses work? Some people swear by them.

"Everyone is very concerned that [blue light] may be causing damage to the eye, and it's a valid concern, but there's no evidence it may be causing any irreversible damage," Dr. Rahul Khurana, clinical spokesman for the American Academy of Ophthalmologists, told Business Insider.

Blue light exposure is nothing new. In fact, the sun is the largest source of blue light. Moreover, blue light is also present in fluorescent and LED light. But if blue light isn't harmful, then why are we constantly rubbing our peepers when we're looking at our screens? The answer is eyestrain: More than 60 percent of people experience problems associated with digital eyestrain. And blue light, it seems, isn't the cause. Instead, our eyes are so strained because most of us blink less when we stare at our digital devices.

So if eyestrain is the real issue, blue light-blocking glasses are probably useless. However, wearing them could potentially help you get a good night's sleep. That's because blue light, research has shown, affects your body's circadian rhythm, your natural wake and sleep cycle. According to Harvard researchers, any kind of light — including blue light — can tamp down your body's ability to secrete melatonin, a hormone that helps you sleep.

Now That's Interesting
Researchers in Canada compared melatonin levels of people exposed to bright indoor light who were wearing blue-light blocking glasses to people not wearing glasses who were exposed to regular light. The levels of melatonin was the same for both groups, leading scientists to conclude that blue light greatly suppresses melatonin. 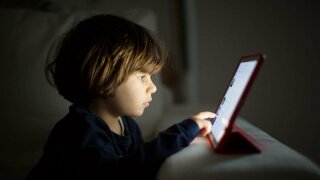 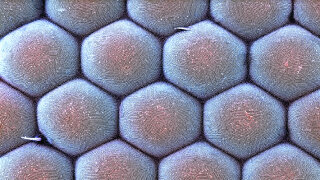 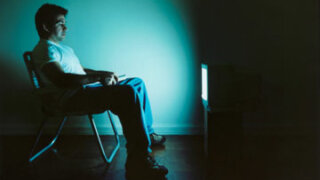 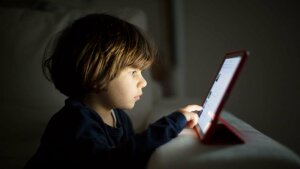 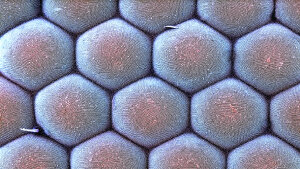