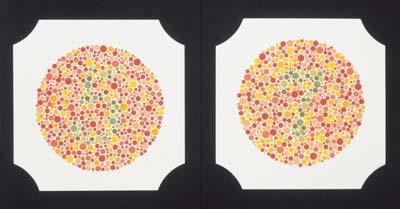 The kind of colorblindness test you're probably most familiar with is Ishihara plates and pseudoisochromatic plates (PIP). Ishihara plates were developed by Dr. Shinobu Ishihara for the Japanese army. His original plates were hand-painted in watercolor and showed Japanese characters. Now, an Ishihara plate shows an assemblage of color dots with a number in the middle made with different colored dots. Ishihara plates can help diagnose red-green color vision defects. It isn't the perfect test, though -- sometimes the colors in one set don't quite match up with the plates in a different set, or maybe they look different in one kind of lighting than in another.

The Navy, Marines and Coast Guard use the Farnsworth Lantern test, aka FALANT, to diagnose colorblindness. The FAA uses it as a backup test if someone fails the PIP test. The FALANT involves colored signal lights that have to be identified from a distance. Two lights are shown at once, and the person being tested must identify the color (red, green, or white). The lights, however, are darkened with a filter to prevent people who are colorblind from being able to tell colors apart by their brightness. All dichromats and almost all anomalous trichromats fail [source: Gene Reviews].

The most accurate test for diagnosing different types of colorblindness is the anomaloscope. The person being tested has to match colors by controlling the brightness of a yellow light on part of their screen and a mixture of red and green light on the other side. He adjusts these elements until both sides of the screen appear to have the same color and brightness. People with normal vision match things very precisely, while people with color vision deficiencies match things imprecisely.

In the 1960s, weather radar maps depicted weather patterns in shades of gray. In the '80s, they switched to colors with different levels of intensity. But there were also built-in design features you could use to go along with the colors -- a colorblind person could set one color to blink, for example. In the '90s, they got rid of the other features and got even more colors. Now, there are 16 different levels of color that all have different intensities.

Not surprisingly, these upgrades resulted in a lot of vision testing. Some of these tests took a very pragmatic bent and involve work samples -- as in, what the person would actually be doing in his daily job, like reading flight progress strips, instead of just whether he can differentiate between certain colors on a screen [source: Milburn]. 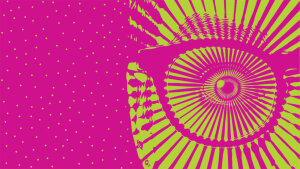 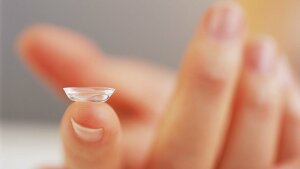 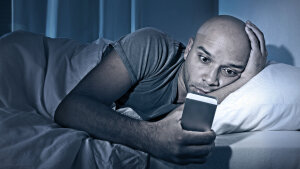