Browse the article Why do we have eyebrows? 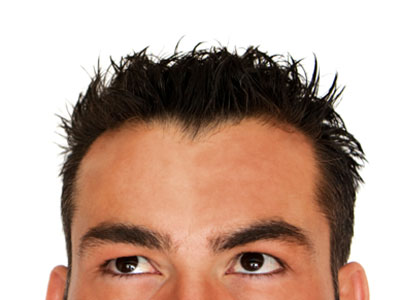 Eyebrows provide more than just added expression to your face. See a list of 16 Unusual Facts about the Human Body to learn more.
Photodisc/Getty Images

Eyebrows are a very significant aspect of our appearance. They are one of the most distinctive features that make up our faces, and we pay a lot of attention to them. We think of some types of eyebrows as attractive and some as unattractive, and many people spend as much time preening their eyebrows as they do applying makeup to their eyelashes or lips. Eyebrows are also one of our most expressive facial features. One of the clearest ways to tell somebody what you're thinking is to simply move your eyebrows up or down -- we all know what different eyebrow positions mean.

So, eyebrows obviously serve a lot of functions in our culture today -- beauty, nonverbal communication, distinctive appearance. But why are they there in the first place? As we evolved and lost most of the thick hair on our bodies, why did we keep that little bit over the eyes?

Scientists aren't entirely sure why we kept this hair, but they have a pretty good guess. We know that eyebrows help keep moisture out of our eyes when we sweat or walk around in the rain. The arch shape diverts the rain or sweat around to the sides of our face, keeping our eyes relatively dry. The most obvious advantage of this is that it lets us see clearly when we're sweating a lot or out in the rain. Without eyebrows, getting around in these conditions is a little more difficult. The shape of your brow itself diverts a certain amount of moisture, but eyebrows make a significant difference in your ability to see. Diverting the sweat away is also good because the salt in sweat irritates the eyes, making them sting a little.

What could replace eyebrows? 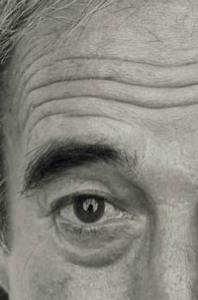 Eyebrows might have let our ancestors escape from danger.
Stockbyte/Getty Images

There are a number of ways eyebrows might have helped early man survive. Being able to see more clearly in the rain could certainly help you find shelter, and there are several circumstances when keeping the sweat out of your eyes could save your life. If you were trying to outrun a predator, for example, it's a good bet there would be a lot sweat running down your face. If all that sweat flowed right down into your eyes, you wouldn't be able to see that well, and your eyes would be irritated, which would certainly impair your ability to escape! Because of this slight survival advantage, nature would most likely select for humans with eyebrows over humans without eyebrows.

Most scientists are inclined to believe that if we didn't have eyebrows, something else would have evolved to help the situation. For example, humans could have developed incredibly thick eyelashes to shield out excess sweat or rain. Or, our skulls could have continued to protrude so that they formed a ledge above our eyes -- rain or sweat would then drop from that ledge straight away from our faces, without going in our eyes.