by Oisin Curran
Two British DJs broadcast from the top of the BT Tower in central London for a show to mark 50 days until the start of the 2012 Olympics. Some radio announcers speak with a vocal fry intonation. John Stillwell/PA Images via Getty Images

"To be or not to be," spoken in the haughty tones of the Queen's English — that's what we imagine when we think of Shakespeare's plays. But did Will and his friends really sound like Ian McKellan?

There's been a persistent claim in the southern U.S. that the Elizabethans really sounded like Appalachian mountain folk because that's where the old accents were preserved in isolated pockets from the days of Sir Walter Raleigh. Scholars aren't really sure whether this is true, but recent attempts to resurrect an authentic Shakespearean accent sound more like somebody from Ireland who spent a lot of time in Yorkshire [source: Telegraph].

The point is, speech patterns change over time. You don't have to go back four centuries to prove this — just listen to how people speak in old movies or radio reports. Language, and how it's spoken, moves with the times. Some people don't like that. We'll call them the Guardians. "Do not go gently into that good night," say the Guardians. That way lies the decline and ruin of civilization. We must fight to preserve proper speech.

One of the more recent targets of these speech police is something called "vocal fry." So, what is it, who fries and why? 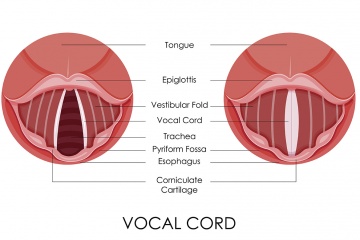 You've heard of upspeak? Surely you've heard of upspeak? The Guardians have been upset about that one for a while. When speakers end statements as though they were asking a question, that's upspeak. It's a bit of a vocal tic, with some people ending nearly every sentence on a high, questioning note, leaving the Guardians with the feeling that the speaker lacks confidence in what he or she is saying.

Vocal fry is almost the precise opposite of upspeak. It's a gravelly, guttural style of utterance that seems to issue from somewhere far back in the throat. It's also called "creaky voice," which provides a better description of the phenomenon. Did people adopt it in reaction to all the flack they were getting for upspeaking? Maybe, but it's hard to pin down exactly why, how, when and where these speech trends originate.

Scientists who specialize in speech also refer to vocal fry as "glottalization." It's a staccato vibration that results when voice pitch falls and the vocal cords flutter slowly. When you speak, your lungs push air up through a pair of flaps called "vocal folds," which are on either side of your voice box. This causes the vocal folds to vibrate, and the vibration produces a note. But when the air pressure from the lungs diminishes, the folds flap chaotically, producing no particular note. That's vocal fry.

In the past, some speech pathologists have considered vocal fry to be a speech disorder if it's used constantly and have warned that it can damage the vocal cords. This is likely to happen only if you're overusing it while, for instance, shouting for hours in fry mode at a loud bar [source: Humphries].

But, in general, experts doubt the current vocal fry trend will be causing any real damage since it typically appears only intermittently, usually at the end of sentences [source: Fessenden]. You know the kind of speech they're talking about — when the speaker's voice goes down a set of creaky stairs as it just kind of trails oooooffff... 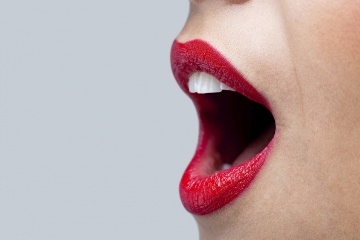 You fry, I fry, everybody vocal fries -- but it's young women who are both on the forefront of this voice trend and who are most likely to be criticized for it.
RTimages/iStock/Thinkstock

Young women, it goes without saying, stand accused of infecting modern speech with vocal fry. It goes without saying because young women are usually considered the guilty party when it comes to talking trends like, well, the overuse of "like" and the aforementioned apparent atrocity known as "upspeak."

The people most outraged by the fry are men of a certain age, one of whom, an NPR personality named Bob Garfield, has even called the phenomenon "repulsive" [source: Arana]. But some notable women have also weighed in. Author Naomi Wolf has called out young women for "disempowering" themselves with deleterious speech habits she says project uncertainty, weakness and low intelligence [source: Wolf].

Critics counter that older people just don't understand what these speech patterns signify to the people who are using them. Vocal fry sounds unpleasant and wrong to Garfield and Wolf because, as members of an older demographic, they've learned a set of rules about what constitutes "proper speech." Any deviation from those rules sounds wrong to them. What they don't realize is that younger women aren't just breaking the rules, they're changing them.

In any case, young women are hardly the only ones who fry. While some studies have shown that vocal fry occurs more often in women's speech, there's no shortage of examples of men who do it too [source: Lebowitz]. As others have pointed out, celebrated linguistics scholar Noam Chomsky — who is notably not a young woman — speaks in nothing but vocal fry, and while some quarrel with his politics, nobody has ever accused him of sounding dumb because of his voice.

On the other hand, we could flip the whole thing on its head and talk about where innovations in language originate. Guess what segment of the general population is the engine of change when it comes to words? Young women. A fascinating study from Finland shows that this isn't just a modern occurrence; it's been a force, at least in Western societies, for centuries [source: Thompson].

So while the old fogeys are digging in their heels, young women are making changes. There's no stopping them. Maybe that's exactly what language's evolution is all about — a protracted battle between the Guardians and the Girls. 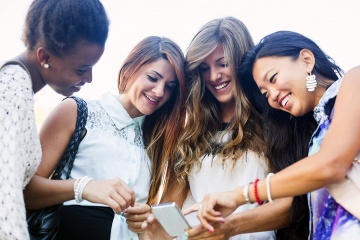 While haters accuse vocal fryers of sounding shallow and acting dumb, to younger generations, the vocal tic is more a sign of confidence and belonging.
mauro grigollo/iStock/Thinkstock

If you're the type who likes to think of yourself as an autonomous individual, with your own original thoughts pinging around inside of your skull, independent of the society in which you live, get over it. Your mind is part of the hive, collectively dismantling, rebuilding, molding, distorting and generally mucking about with culture at large. And we do most of that through language. Since, as we now know, girls are the major innovators when it comes to language, that makes them powerful agents of change.

So the next question is, why are they frying? As mentioned, the typical first assumption among the Guardians is that whatever new vocal trend young women like perpetually cute actress Zooey Deschanel are using, it denotes insecurity and shallowness. This, apparently, is true whether the speakers are upspeaking or downspeaking or saying "like" too much.

Critics of this assumption point out that people are always accusing girls of being insecure and shallow no matter what they do. One Berkeley linguistics scholar has suggested that creaky voice doesn't communicate uncertainty at all. On the contrary, for the younger demographic that uses it most consistently, it could be used to assert authority when, for instance, speaking in a classroom setting. Or, in casual conversation, it might also signal calm, indifference or even boredom [source: Quenqua].

The main thing is, people who don't use vocal fry probably don't understand what it means and should avoid imposing too much meaning on it. Just rest assured that it's only a matter of time before it becomes even more mainstream and, without even realizing it, you'll be using it yourself to indicate that you're not a dinosaur.

As with accents, vocabulary and other aspects of speech, vocal fry probably also functions as a social marker or link, identifying those who use it as part of the same tribe [source: Quenqua]. If you hear others using this speech habit, you might unconsciously end up adopting it in order to fit in or at least show that you'd like to be friends. 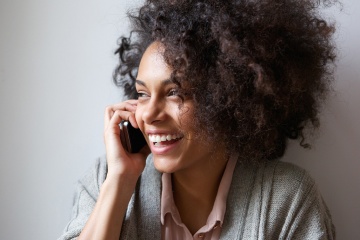 If you're a genuine vocal fryer -- not just putting on fry airs -- you probably don't have to worry about your job prospects.
m-imagephotography/iStock/Thinkstock

You can hire a speech pathologist to help break you of your vocal fry habit if you want. Why? A recent study suggests that for young women, using vocal fry can hurt their chances in the job market. Actually, the study also shows that the fry can hurt men's chances too, just a tiny bit less so; after all, the study was titled, "Vocal Fry May Undermine the Success of Young Women in the Marketplace."

But before you dial the pathologist, have a closer look at the study in question. The researchers recorded some men and women repeating the phrase, "Thank you for considering me for this opportunity." They had the speakers do it twice, once in a normal voice and once using vocal fry. They then played the two different recordings to 400 men and 400 women from a range of age groups and asked them to rate the speakers. There was an overwhelmingly negative response to the vocal fry recordings. Nobody wanted to hire creaky-voiced people [source: Anderson et al.].

But as critics have pointed out, there was an inherent flaw in the study's methodology. The speakers weren't vocal-fry natives. In fact, they were coached in glottalization by the researchers [source: DiCanio]. In other words, they were "putting it on" just as you might put on a London accent when trying to repeat a Russell Brand joke. No actual English person is going to mistake you for a Londoner (unless you are one).

The result is that the vocal fry recordings sound robotic and quite unlike how creaky voice is used in real speech. So until research is done using authentically fried vocals, we still don't really know whether glottalization helps or harms your chances in the marketplace. And if somebody ever gets around to conducting such a study, it'll probably be too late. By then, everybody will be doing it — or we'll have moved on to another vocal trend altogether.

I hadn't give much thought to vocal fry before researching this article, but I have to admit that upspeak has gotten on my nerves. It was good to be reminded that these vocal trends are part of how a dynamic language evolves and that just because I'm a stick-in-the-mud doesn't mean everybody else should be. I shall go gently into that good (and creaky) night.

Talk May Be Cheap, but the Larynx Makes It Possible
Picky Eating in Adults Is a Diagnosable Disorder — Really
How the Pain Scale Works

Why do we have boogers?
An Historic Sneeze, a Disgusting Sneeze Cloud
What is mucus made of?