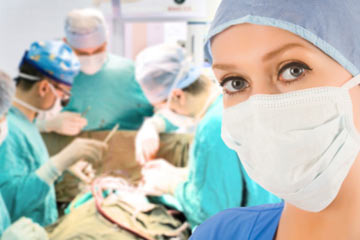 Make sure you know the risks and benefits before opting for transgender voice surgery.
iStockphoto/Thinkstock

The characteristics of your voice are one of the things that make you identifiable to others. A voice is nearly as distinctive as a snowflake because of the many different factors that affect a person's sound. There's the size of your voice box, the tension and thickness of your vocal cords and even the shape of your ribcage and mouth. In addition, your rate of speech and the degree of enunciation you use is an identifying feature of your voice.

But even with so many individual vocal traits, it is relatively easy to distinguish what most people think of as a man's voice from a woman's. That can pose a problem for a transgender person who no longer wishes to be identified by the sex they were assigned at birth, particularly for transgender women. In addition to the basic sense of a person's voice not sounding the way they'd like it to, trans women whose voices sound masculine may face harassment because of it.

Let's consider the anatomy of a voice. The male voice box is typically different from a female voice box in several ways. A man's vocal cords, for example, tend to be longer, thicker and less tense. Think of the strings on a guitar -- the lower notes are made by heavier strings while the thinner strings produce higher notes. Tighten or loosen those strings and the pitch will rise or fall.

For trans men, the introduction of testosterone into the body as part of a physical transition will naturally alter the muscularity of the body and bring the feminine pitch down into vocal range more often associated with a man. For a trans woman, hormonal treatments and voice therapy often aren't enough to move the voice into a higher register. This is where surgery comes into play.

While rarely covered by health insurance, an increasing number of trans women patients choose to go under the knife to transform their voices [source: Lesbian, Gay, Bisexual, Transgender Center]. We'll talk about what this involves on the next page.

Now, let's discuss recovery and risks. Transgender voice surgery will leave a small scar on the neck where the incision was made; it's barely noticeable. Soreness and hoarseness, however, are quite common and the patient will probably have a lower sounding voice in the short term during the healing process. This is because of the swelling and temporary scarring, which is similar to what a person experiences when battling laryngitis or a bad cold. For this reason, patients are encouraged to rest their voices for approximately two weeks [source: Thomas].

The decision to undergo transgender voice surgery can be life-changing. Post-recovery, many patients express shock at how much their identity was tied to their previous voice. Transgender voice surgery can do more than change your current voice from masculine to feminine -- it can lead to an entirely different voice that has few, if any, of the characteristics that you previously associated with yourself. This is particularly problematic for someone like a singer or speaker who depends on his voice for professional or recreational reasons. A formerly strong and resonant voice can become hoarse, weak and lacking in pitch variation. Speech therapy can be of help in this area but cannot "cure" the issue [source: Constansis].

Want to know more? We have lots more information on the next page.

Stages of Gender Reassignment
Talk May Be Cheap, but the Larynx Makes It Possible
How Vocal Fry Works