Why do some antibiotics make your stomach upset? 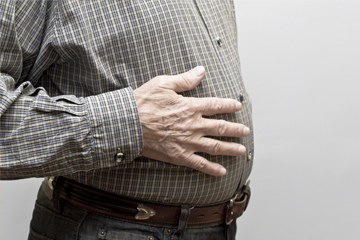 Antibiotics might make us feel better, but they can have some not-so-super side effects.
Emel Yenigelen/Getty Images

One downside of antibiotics is that, although we take them to get better from illnesses, sometimes the cure itself feels pretty bad. For example, it's not unusual for an antibiotic -- especially a powerful, broad-spectrum one -- to cause stomach discomfort as a side effect. The upset can include bloating, indigestion and abdominal pain, and may be accompanied by diarrhea [sources: NHS, Merck Manuals].

Antibiotics can mess up your digestive system in a number of ways. When you swallow a pill, it travels to your stomach through the esophagus, whose lining is pretty sensitive. If the tablet or capsule gets stuck there, it can cause irritation and even an ulcer. Antibiotics -- along with other drugs, such as anti-inflammatory medications and birth control pills -- can also interfere with the sphincter muscle that's located between the esophagus and the stomach. The esophageal sphincter acts as a one-way gate that allows the passage of food into the stomach after you swallow it. When that muscle isn't working properly, the stomach's acidic contents back up into the esophagus, a condition that's known as acid reflux [source: Hopkins].

To make matters worse, diarrhea may show up to keep your upset stomach company. Diarrhea is a very common side effect of antibiotics, particularly broad-spectrum ones, which have the unfortunate side effect of killing beneficial bacteria in your body. Your stomach has a small, transient supply of microbes, but other parts of your digestive system, particularly your lower bowel, are teeming with microbes that help you break down fiber and perform other important functions [sources: Gorbach, Wallis].

When antibiotics kill off the beneficial bacteria, other, nastier microbes sometimes move in to take their place. One of these is a bacterium called Clostridium difficile, which can cause colitis, or inflammation of the colon, and send you running to the bathroom repeatedly with loose, watery stools. Antibiotics such as amoxicillin and other types of penicillin, clindamycin and cephalosporins are the most common antibiotics to cause this effect [source: Hopkins].

But here's what you can do to minimize your chances of stomach upset and other symptoms. To avoid irritating your esophagus, make sure you take several swallows of liquid before trying to ingest an antibiotic, and afterward drink an entire 8-ounce glass of water. Acid reflux caused by antibiotics is tougher to avoid, but you can keep it from getting worse by avoiding coffee, alcohol, chocolate and fatty foods while you're taking them. To fight diarrhea, try eating foods that are high in lactobacillus, such as yogurt and cottage cheese, which help to replenish the normal bacteria present in your intestine, and make sure you replace lost fluids. But if your diarrhea persists, see a doctor. If it's being caused by C. difficile, you'll need a different antibiotic to find relief [source: Hopkins].

Biomedical Big Brother in Your Belly?
5 Most Stressful Hospital Jobs
How Generic EpiPen Is Still Going to Make Money for Mylan