Are fish antibiotics safe for humans? 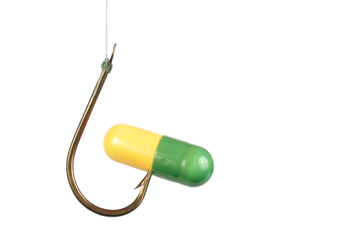 Fish antibiotics might be similar to prescription antibiotics, but that doesn't mean they're safe for you to take.
Andrzej Tokarski/ThinkStock

If you surf around on the Internet, you'll find a lot of websites where "preppers" -- that is, people who see the need to get ready for an impending collapse of civilization -- talk about the importance of stockpiling their own supply of antibiotics. That way, if they get an infection after, say, fighting off a zombie, they can treat themselves without trekking through the ruins in search of a doctor. And there are other people who may want to save the cost of a visit to medical clinic or simply want to control their own health care. But you're probably wondering: How do they get the drugs without a prescription from a doctor?

The answer is simple. Instead of going to a pharmacy, DIY antibiotics users go to pet supply stores and buy antibiotics that are packaged for the treatment of tropical fish.

A few years back, a Pentagon doctor wrote a letter to the New England Journal of Medicine relating the case of a patient -- a soldier in the U.S. Army Special Forces -- who had finally sought help after suffering from sinusitis for several months. "After much prodding, he related that he had been taking a combination of penicillin and sulfa antibiotics, which he had purchased without a prescription in the fish medication aisle of a local pet store," Dr. Brandon J. Goff explained in his letter.

Note that the soldier who found his own antibiotics got sicker, and you'll get the gist of why this sort of self-medication is a bad idea, according to medical experts. For one thing, while some pet medicines may contain the same antibiotics as human medicines, they may include other chemicals that could interrupt your body's absorption of the antibiotic. That means you might not get the dose that you think you're taking.

When you self-diagnose, there's also a pretty high risk that you may make the wrong diagnosis, since different diseases can have similar symptoms. If you think you have a bacterial disease and it's actually a viral infection, taking antibiotics won't help. Misuse of antibiotics can also cause stomach problems and allergic reactions, which can be extremely dangerous [source: Garamone].

And finally, people who use antibiotics without supervision may be helping to breed pathogens that are resistant to antibiotics, which health experts say is an increasing menace to public health [source: Garamone].

Because of such concerns, at least one big pet supply chain, Petco, has decided that it will no longer sell antibiotics, out of concern that they may be misused [source: Petco].

So the answer is an emphatic no. Don't take antibiotics unless they're prescribed for you by a physician, and then follow the instructions to the letter.