The first step to face transplant surgery was reattachment of a patient's own face. In 1994, 9-year-old Sandeep Kaur was chopping grass to feed the family buffalo at her home in northern India when her hair became caught in the threshing machine. Her entire face -- scalp and hair included -- was torn off. Sandeep's family put her face in a bag and drove the child by moped to the nearest major medical center, which was three and a half hours away. When surgeons assessed Sandeep, they decided that skin grafts would still leave her so disfigured that she'd never have a normal appearance. Instead, they performed surgery to reattach her face and scalp.

Sandeep's doctors made history by performing what was in essence the first human face transplant. Sandeep was left with some scars, and she's never regained full mobility in her face, but she has been able to lead a normal life since her operation. A handful of other successful face reattachment surgeries followed, including an operation at Massachusetts General Hospital on a man who'd gotten his hair caught in a conveyer belt at work.

Probably the first face transplant (or rather, whole body transplan­t) captured in the movies was “Frankenstein,” in which a mad scientist cobbles together a monster from various dead body parts.

­Movies have long perpetuated the idea of monstrous results occurring when body parts are transplanted. In the 1960 movie “The Hands of Orlac,” a pianist is given a new set of hands after an accident, only to find that the hands had belonged to a murderer and they had no intention of giving up their former pursuit. The 1991 movie “Body Parts” had a similar premise, only this time it was an entire arm that was transplanted. Even “The Simpsons” tackled the issue in a Halloween episode in which Homer gets a hair transplant from a recently executed criminal and subsequently goes on a crime spree.

In addition to trying to convince us that transplanted organs can retain the essence of their (usually evil) previous owners, movies have insinuated that transplant recipients look exactly like the donor after the operation. In the 1997 movie, “Face/Off,” John Travolta and Nicolas Cage cleanly trade faces and take on each other’s appearance, something that couldn’t possibly occur because looks are actually a combination of the surface facial structure and the bones underneath. ­ 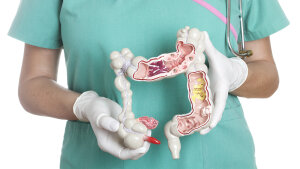 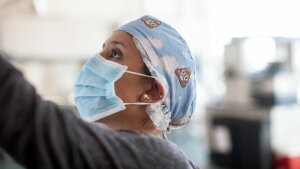