Registering as an Organ Donor 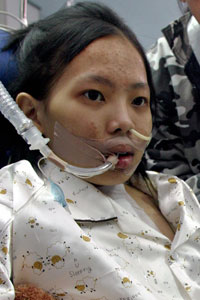 When registering, you'll designate whether you wish to donate all of your organs upon death, or just certain ones, as well as your tissues and eyes. Being a designated or potential organ donor will not affect medical care that's provided to you. And once your organs have been removed, the incisions are sewn back up and your body remains visually unaltered for viewing in open casket.

When registering as an organ donor, it's important to notify your family about your decision. That way, your family won't be surprised by the news shortly after your time of death. If you're planning a whole-body donation, you'll need a designated person to contact the institution you've selected once you have died.

There are two different types of donors: living and deceased. Deceased donations result from either cardiac death or brain death. These donations require prior consent from the potential donor or the donor's family. In some states, the medical examiner can provide consent in the case of an unclaimed body. To date, there have been more deceased donations than living donations [source: OPTN].

Donations following a cardiac death are the least common type of deceased-donor transplants. Once a donor dies, the organs must be quickly removed, packaged and transported. In the case of cardiac death, organs begin to lose function quickly, sometimes resulting in imperfectly matched donations -- and, it's a scramble to find a match for the organs.

When it's determined that the brain has ceased working (no electrical activity, blood flow or function in the brain) and the condition is irreversible, a person is declared brain dead. It's possible to sustain organ function through use of a respirator and other means. For this reason, more donations are made in the case of brain death because it offers time to find matches for the organs as well as to prepare for the removal of the organs while maintaining their functional capacity. Organ donation doesn't affect the medical care or considerations given to a brain-dead patient.

Between 1998 and 2008, there were more than 91,000 living donations. In 2006, nearly 46 percent of organ donors were living donors, and accounted for 21.6 percent of all organs donated [source: Burdick]. Organs you can donate while still alive include: a kidney, part of the pancreas, part of a lung, part of the liver or part of the intestine. The majority of living donations are made up of single kidneys. Overall, more females than males become living donors, although there are more males on organ waiting lists. The 35-to-49 year demographic contributes the most living donors, followed by 18-to-34-year-olds and 50-to-64-year-olds [source: OPTN]. Living donors should not be afflicted with H.I.V., diabetes, high blood pressure, cancer, heart or kidney disease, or other infectious diseases.

Why do donated kidneys have so much company in their new homes? Next, we'll learn more about donated organs.

Computer scientist Tuomas Sandholm from Carnegie Mellon University has developed an algorithm that can analyze data from 10,000 different pairs and produce a variety of matches between multiple pairs [source: Science Daily].