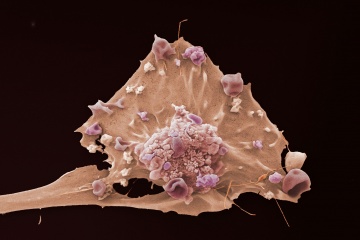 Between 1998 and 2005, the number of patients choosing preventive mastectomy doubled, an increase attributed to the availability of BRCA genetic testing beginning in the late 1990s [source: Tuttle]. But in 2013, a study published in the American Journal of Obstetrics and Gynecology suggested that women were more likely to choose preventive methods including prophylactic mastectomy based on their family history and personal experience than on the results of genetic testing alone [source: Singh]. And some women with a history of breast abnormalities or dense breasts may decide to undergo prophylactic mastectomy when numerous biopsies have heavily scarred or removed a significant amount of their breast tissue, despite testing negative for an abnormal BRCA gene.

There are a few different types of mastectomies, and a prophylactic mastectomy is one performed to reduce (or, hopefully, prevent) a high-risk patient's odds of developing breast cancer. Preventative mastectomy with removal of both breasts is thought to reduce the risk of developing an inherited breast cancer by as much as 90 to 95 percent depending on the type of mastectomy performed. It's not 100 percent effective because there's no guarantee that 100 percent of the cells targeted for removal will be removed during surgery.

A prophylactic mastectomy may be a total mastectomy (also called simple mastectomy), which is considered the most effective at breast cancer prevention. It's also used as a treatment in women diagnosed with a form of breast cancer called ductal carcinoma in situ (DCIS) [source: Lambert]. During a total mastectomy the entire breast is removed; the muscles from beneath the breast and the lymph nodes in the underarm area are left intact. It's called a bilateral mastectomy when both breasts are removed, and contralateral when one breast is removed.

For women who plan to have immediate breast reconstruction surgery, surgeons may use skin-sparing techniques during breast removal. During this type of surgery, the breast skin is left behind to be used in shaping the new breasts during reconstruction. Subcutaneous mastectomy may be performed to remove breast tissue while keeping the nipple intact.

Women who do not choose immediate reconstruction can expect a brief hospital stay, and should expect pain, bruising and swelling during healing. Drains will be placed under the skin, and sutures will typically remain in place for about a week to 10 days. Many women return to work and their normal routine in about one month, give or take a week or so.

Women who choose breast reconstruction undergo additional surgeries to rebuild the breasts (or a single breast, but more than 15 percent of breast cancer patients younger than 40 opted to remove a healthy breast at the same time as the diseased breast) after a mastectomy [source: Szabo]. Reconstruction options differ, but one common technique, for example -- the tissue flap reconstruction method -- borrows skin, fat and muscle tissue from the patient's own butt, stomach or back to recreate the breasts. Another method involves a saline- or silicone-filled, balloon-like device implanted under the skin and chest muscles.

Today, prophylactic mastectomy has an unproven survival rate, and because it's such a drastic option it remains a controversial procedure within the medical community and among women. In post-surgical follow-ups, many women expressed having felt uninformed about the pros and cons of the risk-reducing surgery when they made their decision, and the most frequent complaints from women who've undergone either bilateral or contralateral prophylactic mastectomy include insufficient information about post-mastectomy breast reconstruction and implants, and wishing they had more information about surgical complications (such as pain and scarring) as well as reconstruction options and what to expect during healing time [source: Rolnick].

Angelina Jolie's public discussion of the results of her BRCA genetic testing and subsequent bilateral mastectomy sparked conversation among women and within the medical community because she chose to have surgery before she was diagnosed with cancer. Mastectomy used as a prevention strategy for women who are at high risk for inheriting the disease may save lives, but we can do better in regard to the physical as well as the psychosocial well-being and needs of patients after choosing preventive surgery. It will be interesting to see if the increased public awareness of prophylactic cancer treatments gives a positive boost to not only the awareness of such options but research into new, less invasive treatments.