How are stem cells used in medicine today? 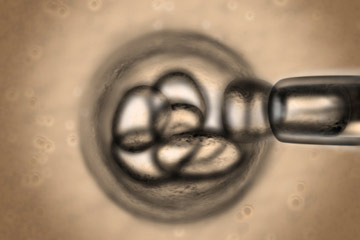 Stem cells offer the hope of new cures, but not without risk and a little controversy.
iStockphoto/Thinkstock

From the United States Senate to houses of worship, and even to the satirical television show "South Park," stem cells have been in the spotlight -- though not always in the kindest light. Since early research has focused on the use of embryonic stem cells (cells less than a week old), the very act of extracting these cells has raised a raft of ethical questions for researchers and the medical community at large, with federal funding often hanging in the balance.

However, the advances in stem cell research and the subsequent applications to modern medicine can't be ignored. According to the National Institutes of Health (NIH), stem cells are being considered for a wide variety of medical procedures, ranging from cancer treatment to heart disease and cell-based therapies for tissue replacement.

Why? To answer that question, you have to understand what stem cells are. Called "master" cells or "a sort of internal repair system," these remarkable-yet-unspecialized cells are able to divide, seemingly without limits, to help mend or replenish other living cells [sources: Mayo Clinic; NIH]. In short, these cells are the cellular foundation of the entire human body, or literally the body's building blocks.

By studying these cells and how they develop, researchers are closing in on a better understanding of how our bodies grow and mature, and how diseases and other abnormalities take root. The research work that began with mouse embryos in the early 1980s eventually helped scientists devise a way to isolate stem cells from human embryos by the late 1990s.

Embryonic, or pluripotent, stem cells are taken from human embryos that are less than a week old. These cells are wildly versatile, capable of dividing into more stem cells or becoming any type of cell in the human body (roughly 220 types, including muscle, nerve, blood, bone and skin). Researchers have also recently found stem cells in amniotic fluid taken from pregnant women during amniocentesis, a fairly routine procedure used to determine potential complications, such as Down syndrome.

However, recent research has indicated that adult stem cells, once thought to be more limited in their capabilities, are actually much more versatile than originally believed. Though not as "pure" as embryonic stem cells, due to environmental conditions that exist in the real world -- ranging from air pollution to food impurities -- adult stem cells are nonetheless garnering attention, if only because they don't incite the same ethical debate as embryonic stem cells.

So, what are the cutting-edge uses for stem cells?

Stem cell treatments today seem to resemble the preseason polls for your favorite sports team. There's a great deal of promise and potential, but the actual number of treatments that have been proven to be effective, through well-established clinical trials, is much more limited.

According to the International Society for Stem Cell Research, the "best defined and most extensively used (treatment) is blood stem cell transplantation to treat diseases and conditions of the blood and immune system, or to restore the blood system after treatments for specific cancers. Some bone, skin and corneal diseases or injuries can be treated with grafting of tissue that depends upon stem cells from these organs. These therapies are also generally accepted as safe and effective by the medical community" [source: ISSCR].

These stem cells can be taken from the patient prior to radiation or chemotherapy treatment, or from a matching donor. Doctors warn that the procedure can be tedious and sometimes difficult, and often must take into account the patient's age and general physical condition prior to treatment.

The potential of stem cell treatment, however, appears almost as unlimited as their ability to regenerate. Foremost is drug research, allowing scientists to test experimental drugs on human cells, rather than animal tissue. Stem cells are currently under consideration for a dizzying variety of other treatments, including organ and tissue regeneration, treatment of brain maladies such as Alzheimer's and Parkinson's Disease, blood diseases and cell-deficiency therapy, such as treatment of certain heart ailments.

In July 2011, the American Heart Association released a study indicating that stem cell treatment might help patients with forms of angina that hadn't responded to other treatments, including angioplasty, prescription drugs or surgery [source: WebMD]. And researchers in Japan recently discovered how neural stem cells could be used as an alternative source of the beta cells needed for a regenerative treatment for diabetes [source: ScienceDaily].

Still, many of these promising treatments remain largely untested, at least to the satisfaction of many in the medical community and the Federal Drug Administration (FDA). What, then, are the risks associated with stem cell treatments?

When your career is as short as a professional football player, time is a premium. That's likely why 35-year-old superstar quarterback Peyton Manning of the Indianapolis Colts sought stem-cell treatment for his injured neck in Europe in the summer of 2011. However, the results were inconclusive, and Peyton underwent neck surgery in September 2011.

What are the risks associated with stem cell treatments?

Many stem cell treatments available around the world aren't available in the United States, primarily due to more stringent regulations in the country's healthcare field. And even some that are readily available, such as the stem cell injection that Texas Gov. Rick Perry had done to treat his bad back, aren't embraced by the medical community. Currently the FDA has only approved the use of adult stem cells for bone marrow transplants, and is suing for the authority to regulate stem cell clinics.

Perry, a staunch Republican, has consistently opposed the use of embryonic stem cells for medical research. However, he is a proponent of using adult stem cells. His treatment last summer involved the re-use of his own stem cells drawn from fatty tissue in his hip. Perry's surgeon, Houston spine specialist Stanley Jones, claims his own arthritic condition was treated successfully through stem cell treatments in Japan in 2010. Yankees pitcher Bartolo Colon made similar claims following his comeback earlier this year from debilitating shoulder and elbow injuries, which led to an investigation by Major League Baseball [source: Red].

However, many others in the medical community claim that these success stories may represent nothing more than a "placebo effect" among patients who are convinced that the treatment is responsible for their cure, without proof. Those concerned with the rush to provide quicker access to stem cell treatments say those procedures haven't been subjected to the rigorous clinical trials required to deem the procedures safe for the general public. "I would never in a million years accept for one of my family members to undergo this [type of treatment similar Perry's]," Dr. George Daley told the Associated Press.

Daley, who works at Children's Hospital Boston and the Harvard Stem Cell Institute, and is a past president of the International Society for Stem Cell Research, warned that "Perry's actions have the unfortunate potential to push desperate patients into the clinics of quacks" [source: Marchione].

Unauthorized stem cell treatment, say opponents, puts patients at risk for a number of hazardous outcomes, including infection, blood clots or even some cancers.

"Most of this stuff is pretty experimental at this point," Heather Rooke, the science director for the International Society of Stem Cell Research, told the Texas Tribune after Perry's procedure [source: Ramshaw]. "People are pushing these things into the clinic before there's real evidence of safety or an indication that they'll work."

Furthermore, most insurance policies won't cover the cost of these "experimental" procedures, which can run in the neighborhood of $10,000 to $50,000.

Keep reading: We've got lots more information on the next page.

Considering stem cell treatment? Be cautious, and be thorough in your own research. Don't rely solely on what you might find on the Internet, as there's a considerable amount of conflicting data. Be sure to consult a trusted medical professional beforehand.

Fecal Transplants: There's a Pill for That
Give Me Some Antibiotics and a Side of Maple Syrup
What is laser clot busting?