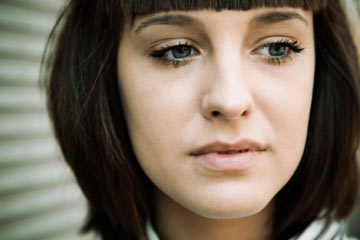 People with atypical depression who exhibit the symptom of rejection sensitivity may have work and social troubles because they overreact to any hint of criticism or rejection.
Hemera/Thinkstock

For most people experiencing odd medical symptoms that don't seem to go together, getting a diagnosis is a relief. Finally, the puzzle pieces create a whole that looks familiar, at least to a doctor.

But a diagnosis containing the word "atypical" might leave you a little uneasy. You finally have an answer -- and the problem is that you're abnormal? How very helpful.

In the case of atypical depression, that's a little misleading. Atypical depression doesn't translate to "depression for weirdos" -- it's a very specific subset of the mental health disorder, with careful criteria for diagnosis. All "atypical" means here is that some of its symptoms are the opposite of what doctors had come to expect with depression.

Melancholic depression is what most people mean when they talk about being depressed. You can't sleep, you can't eat. You can't concentrate on anything. And nothing seems to bring you out of it. Things that used to make you smile leave you feeling empty.

With atypical depression, some of those symptoms are reversed. Patients oversleep (hypersomnia), overeat (hyperphagy) and exhibit mood reactivity -- they're able to brighten up in response to happy news; it just doesn't last long. Because of that latter quality, they may not even know they're depressed. They may think that their baseline of depression is just how everyone feels.

They do know, however, that feeling like your limbs are so incredibly heavy that you can't move is not normal. This symptom, leaden paralysis, is different from a lack of energy -- it's more like being physically anchored to your bed. With actual metal anchors.

Atypical depression tends to set in fairly early, in the teens and young adulthood, and it's more common in women.

It also tends to keep unwanted company. People with atypical depression are more likely to have anxiety, personality and somatization disorder (physical symptoms with no physical cause) than those with other types of depression. They're also more likely to have problems with substance abuse.

The first step to finding the right treatment is getting the right diagnosis. So how do you know for sure if this is the accurate label for you or a loved one?

Depression "with atypical features" made it into the DSM-IV in 1994, which is the equivalent of "tweet" making it into Merriam-Webster in 2011. The Diagnostic and Statistical Manual of Mental Disorders is the official guidebook for professionals of the psyche. It's also part of how health insurance companies figure out whether they have to pay for your therapies or not.

The DSM-IV's criteria for diagnosing an episode of atypical depression requires, first and foremost, that the person has mood reactivity -- meaning that, at times, he or she can feel up to 50 percent better in response to a happy event.

It also specifies that the patient exhibit two of these four symptoms: overeating, oversleeping, leaden paralysis and sensitivity to rejection that affects quality of life.

Rejection sensitivity is one of the more interesting aspects of atypical depression. People who exhibit this symptom have serious work and social troubles because they overreact to any hint of criticism or rejection. Instead of taking a boss's comments in stride, they may go into a full-blown depressive episode. The terror of being rejected makes it very difficult for them to have romantic relationships and maintain friendships; a small slight or off-hand comment can validate their worst fears.

The other symptoms are, perhaps, easier to quantify. Overeating can be measured by a weight gain of 5 pounds (2.27 kilograms) or more. Oversleeping can be defined by sleeping 10 hours a day (counting naps) or 2 hours more than usual on a regular basis. Leaden paralysis usually lasts for an hour or more a day.

Some compensate by setting up rigid sleep and meal schedules and avoiding relationships. But bridging gaps in feeling OK doesn't make those holes disappear.

So how do you treat the symptoms that make everyday life so difficult?

Is there a blood test for depression?
Here's How You Help a Friend With Depression
Does Your Doctor Screen You for Depression? Why Not?