Browse the article How Smell Works 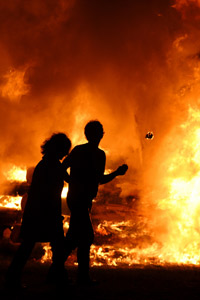 Smell is often our first response to stimuli. It alerts us to fire before we see flames. It makes us recoil before we taste rotten food. But although smell is a basic sense, it's also at the forefront of neurological research. Scientists are still exploring how, precisely, we pick up odorants, process them and interpret them as smells. Why are researchers, perfumers, developers and even government agencies so curious about smell? What makes a seemingly rudimentary sense so tantalizing?

Smell, like taste, is a chemical sense detected by sensory cells called chemoreceptors. When an odorant stimulates the chemoreceptors in the nose that detect smell, they pass on electrical impulses to the brain. The brain then interprets patterns in electrical activity as specific odors and olfactory sensation becomes perception -- something we can recognize as smell. The only other chemical system that can quickly identify, make sense of and memorize new molecules is the immune system.

But smell, more so than any other sense, is also intimately linked to the parts of the brain that process emotion and associative learning. The olfactory bulb in the brain, which sorts sensation into perception, is part of the limbic system -- a system that includes the amygdala and hippocampus, structures vital to our behavior, mood and memory. This link to brain's emotional center makes smell a fascinating frontier in neuroscience, behavioral science and advertising.

In this article, we'll explore how humans perceive smell, how it triggers memory and the interesting (and sometimes unusual) ways to manipulate odor and olfactory perception. 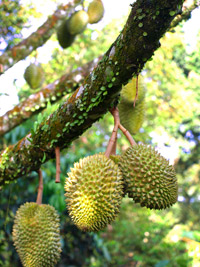 Smell begins when airborne molecules stimulate olfactory receptor cells. If a substance is somewhat volatile (that is, if it easily turns into a gas), it will give off molecules, or odorants. Nonvolatile materials like steel do not have a smell.

Temperature and humidity affect odor because they increase molecular volatility. This is why trash smells stronger in the heat and cars smell musty after rain. A substance's solubility also affects its odor. Chemicals that dissolve in water or fat are usually intense odorants.

When an air current sweeps an odorant up through the nostrils, the molecules hit the olfactory epithelium -- the center of olfactory sensation. The epithelium occupies only about one square inch of the superior portion of the nasal cavity. Mucus secreted by the olfactory gland coats the epithelium's surface and helps dissolve odorants.

Olfactory receptor cells are neurons with knob-shaped tips called dendrites. Olfactory hairs that bind with odorants cover the dendrites. When an odorant stimulates a receptor cell, the cell sends an electrical impulse to the olfactory bulb through the axon at its base.

But how does odor actually become smell? In the next section, we'll learn more about olfactory receptors and odorant patterns.

is the inability to smell. Just as the deaf cannot hear and the blind cannot see, anosmics cannot perceive odor and so can barely perceive taste. According to the Foundation, sinus disease, growths in the nasal passage, viral infections and head trauma can all cause the disorder.

Children born with anosmia often have difficulty recognizing and expressing the disability. Since anosmics lack the response that alerts us to fire, natural gas leaks and spoiled food, the Foundation advises installing multiple smoke alarms, switching from gas to electricity and marking all food with expiration dates [source: Foundation]. 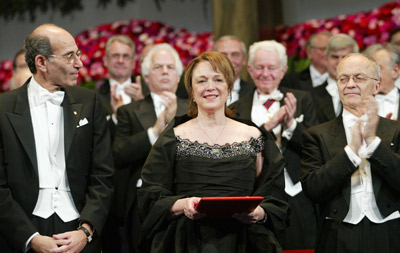 How does the brain recognize, categorize and memorize the huge variety of odors? In 1991, Richard Axel and Linda Buck published a groundbreaking paper that shed light on olfactory receptors and how the brain interprets smell. They won the 2004 Nobel Prize in Physiology or Medicine for the paper and their independent research.

Axel and Buck discovered a large gene family -- 1,000 genes, or 3 percent of the human total -- that coded for olfactory receptor types. They found that every olfactory receptor cell has only one type of receptor. Each receptor type can detect a small number of related molecules and responds to some with greater intensity than others. Essentially, the researchers discovered that receptor cells are extremely specialized to particular odors.

Axel and Buck also found that each olfactory receptor type sends its electrical impulse to a particular microregion of the olfactory bulb. The microregion, or glomerulus, that receives the information then passes it on to other parts of the brain. The brain interprets the "odorant patterns" produced by activity in the different glomeruli as smell. There are 2,000 glomeruli in the olfactory bulb -- twice as many microregions as receptor cells -- allowing us to perceive a multitude of smells.

An illustration of how receptors function in the olfactory system
Image courtesy Nobelprize.org

Another researcher, however, has challenged the idea that humans have a large number of receptor types that respond only to a limited number of molecules. Biophysicist Luca Turin developed the quantum vibration theory in 1996 and suggests that olfactory receptors actually sense the quantum vibrations of odorants' atoms. While molecular shape still comes into play, Turin purports that the vibrational frequency of odorants plays a more significant role. He estimates that humans could perceive an almost infinite number of odors with only about 10 receptors tuned to different frequencies.

Next, we'll learn about how smells trigger memory and find out how much cognition actually influences perception.

­The human sense of smell has long been maligned -- its sensitivity is often unfavorably compared to that of animals. Smell even came in dead last in a HowStuffWorks battle of favorite senses.

But researchers at the University of California at Berkeley have found that humans actually have sophisticated olfactory capabilities. A group of 32 volunteers were asked to track scents with their noses across a 10-meter (about 33-foot) trail. The subjects were blindfolded and wore gloves and earplugs to isolate their senses of smell. Two-thirds of the volunteers were able to track the scent and, although they were slower than the tracking dogs, most improved with practice [source: BBC]. 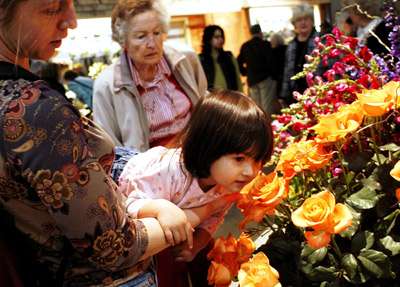 We make most of our olfactory memories as children.
William Thomas Cain/Getty Images

A smell can bring on a flood of memories, influence people's moods and even affect their work performance. Because the olfactory bulb is part of the brain's limbic system, an area so closely associated with memory and feeling it's sometimes called the "emotional brain," smell can call up memories and powerful responses almost instantaneously.

The olfactory bulb has intimate access to the amygdala, which processes emotion, and the hippocampus, which is responsible for associative learning. Despite the tight wiring, however, smells would not trigger memories if it weren't for conditioned responses. When you first smell a new scent, you link it to an event, a person, a thing or even a moment. Your brain forges a link between the smell and a memory -- associating the smell of chlorine with summers at the pool or lilies with a funeral. When you encounter the smell again, the link is already there, ready to elicit a memory or a mood. Chlorine might call up a specific pool-related memory or simply make you feel content. Lilies might agitate you without your knowing why. This is part of the reason why not everyone likes the same smells.

Because we encounter most new odors in our youth, smells often call up childhood memories. But we actually begin making associations between smell and emotion before we're even born. Infants who were exposed to alcohol, cigarette smoke or garlic in the womb show a preference for the smells. To them, the smells that might upset other babies seem normal or even comforting.

In the next section, we'll find out how some people use smell's ability to trigger memory.

Is that Cheese or Just B.O.?

Researchers have found that cognition significantly influences the perception of smell. A psychologist at the University of Oxford labeled an ambiguous Brie-like scent as either "cheddar cheese" or "body odor." Test subjects rated the odor higher when it was labeled cheddar cheese. MRIs even showed more activity in the olfactory region of the brain when subjects believed they were smelling cheese [source: Scientific American]. 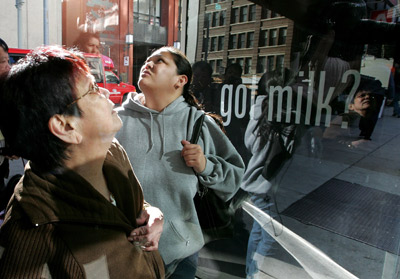 The California Milk Processor Board launched a scent marketing scheme in 2006 to accompany its "Got Milk?" campaign. The city of San Francisco called for an immediate removal of the cookie-scented strips after complaints.
Justin Sullivan/Getty Images

Advertisers are eager to cash in on the close link between smell, memory and mood. Real estate agents have long used scent marketing as a way of putting clients at ease. Sellers set fresh pie or cookies on countertops to make a house seem comfy and livable. But because there's a limit to how many pies one agent can bake, companies that sell aroma-marketing systems are stepping up. Housing developments, hotels, stores and even car manufacturers are turning to customized scents to help set a mood and maybe even make an impression.

Scent marketing is the latest trick to stand out from the visual and auditory barrage that dominates advertising. These scents, however, are a far cry from the strong smells of incense and patchouli at the bead store. They're subtle and almost imperceptible to the unwitting sniffer. Developers use carefully tuned scents to lure customers into a sense of well-being. Stores that sell shoes or shirts, items ideally not associated with odor, formulate aromas of ivy or crisp linen. Some companies even strive to develop a "brand scent," something that customers will associate with the company as much as a logo.

To learn more about smell and the other senses, sniff out the links on the next page.

­While retailers and developers turn to positive smells for advertising and marketing, the U.S. Department of Defense has realized the value of bad smells -- really bad smells. Unlike pepper spray or tear gas, which irritate pain receptors and can cause serious damage, stink bombs just reek and make unruly crowds disperse in a flash.

The idea of using smell as a weapon has been around for some time, however. The Office of Strategic Services for the French Resistance considered using a horrific garbagelike smell called "Who Me?" against German soldiers in World War II. The only problem? The sulfur that made the scent so pungent had a nasty habit of escaping on its own and lingering on everything it touched.