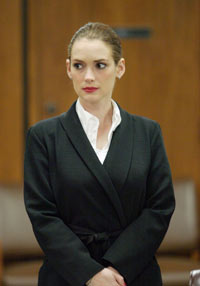 Actress Winona Ryder was convicted of shoplifting in 2002, but she didn't attempt a kleptomania defense.
Mel Bouzard/Getty Images

Shoplifting in the United States costs retailers approximately $10 billion annually [source: Grant]. Professional thieves do some of the damage, but amateur shoplifters do the most. Most amateur shoplifters steal for personal use rather than resale, but a small percentage feels a compulsive need to steal. An addiction to stealing items not for personal use or monetary gain characterizes a behavior known as kleptomania.

While shoplifting has been a problem for centuries, kleptomania was first described as a psychological disorder in the early 1800s and has been only intermittently recognized by the American Psychiatric Article System Association as a type of mental illness since the 1950s. Psychiatrists continue to debate whether kleptomania is a distinct mental illness or a manifestation of some other psychological disorder. Although there has been little research on the neurobiology of kleptomania, some studies have provided biological clues, and some have attempted pharmacological treatment of this condition.

­There are many reasons for shoplifting: resale, supporting a drug habit, personal use and "just for the thrill of it." However, most of these reasons fit stealing, but not kleptomania. Kleptomania is characterized by an impulsive need to steal, and many kleptomaniacs are first discovered in the act of shoplifting. The American Psychiatric Association's Diagnostic and Statistical Manual of Mental Disorders (DSM-IV) has outlined the following criteria for a diagnosis:

In this article, we'll examine what kleptomania is, how oft­en it occurs, who suffers from it, what might cause it and how it can be treated.

With the diagnosis criteria in mind, kleptomania as a true condition occurs in a rather small percentage of the population. While no true estimate of the general population is available, scientists estimate that kleptomania occurs in 5 to 10 percent of psychiatric patients [source: Grant].

Kleptomania usually begins in the teens or 20s. By the time patients present themselves to psychiatrists, women are usually in their mid- to late 30s, while men are in their 50s. There have been reports of kleptomaniacs in their late 70s. We don't know if kleptomania has a genetic component, but some studies suggest that kleptomaniacs have parents or close relatives with substance abuse problems, obsessive-compulsive disorder and/or mood disorders.

Kleptomaniacs usually steal items that they could otherwise afford (like shampoo, clothing and sunglasses). They don't go into stores with the intent to steal, but they become tense with the prospect of theft and might not steal when there is a high probability of getting caught. The theft itself generally relieves the tension, but it leads to intense feelings of guilt, embarrassment, anxiety and remorse. Kleptomaniacs may hoard the stolen items, give them away, dispose of them or clandestinely return them.

Kleptomania as a Legal Defense

Legal defenses ­for shoplifting by claiming kleptomania are difficult. First, a defense lawyer must argue that the accused stole for no financial gain, revenge, anger or dare. Next, a rigorous psychiatric evaluation must be performed, and the criteria to meet an actual diagnosis are strict. Even if kleptomania is diagnosed, the U.S. Justice Department excludes it (along with pyromania and other impulse control disorders) from possible defense, according to the Americans with Disabilities Act. It basically comes down to the question of the individual's responsibility for his or her actions versus "insanity" -- this issue has long been tossed around in the judiciary and psychiatric worlds. 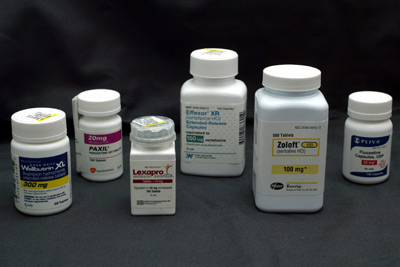 Antidepressants can be used to treat kleptomania, but the results aren't consistent.
Joe Raedle/Getty Images

There have been no rigorous or conclusive studies on the neurological basis of kleptomania. However, some have provided clues about its possible causes and locations within the nervous system. Here are some possible causes noted by psychiatrist Jon Grant of the University of Minnesota School of Medicine [source: Grant].

Taken together, these studies point toward the front of the brain, particularly connections involved in information exchange with the limbic system (which controls moods, emotions and desires).

Selective serotonin reuptake inhibitors (SSRI) like fluoxetine (Prozac), paroxetine (Paxil) and fluvoxamine (Luvox) have been used to treat kleptomania, but case reports of these treatments have demonstrated mixed results. Some have reported success in relieving kleptomania symptoms, while others have not indicated any effects at all [source: Grant].

Likewise, attempts to treat kleptomania with lithium (a mood stabilizer) or naltrexone (an opioid antagonist -- used to treat heroin and morphine addictions) have been inconclusive.

With the lack of clear neurobiology and pharmacological evidence for kleptomania, psychiatrists have used cognitive behavioral therapies [source: Grant].

Like drug treatments, these cognitive behavioral therapies have achieved mixed results. Clearly, there needs to be more controlled behavioral, neurological and pharmacological studies for kleptomania, as well as other impulse control disorders. But a major problem is that many of these behaviors occur so rarely in the general population that getting enough subjects to obtain convincing scientific evidence may be difficult.

To learn more about kleptomania, take a look at the links on the next page.

Wait for It … Procrastination Can Be a Good Thing
Screaming: Bad for the Ears, Good for the Species?
Living in Racist Community Linked to Health Issues for Blacks, Whites Alike