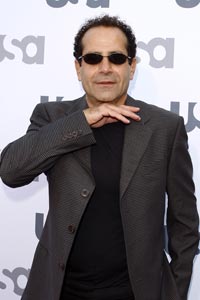 On the popular TV show "Monk," private detective Adrian Monk has problems. Lots of them. In addition to solving crimes, Monk spends his time dealing with uncontrollable habits, such as obsessively cleaning his apartment or using sanitized wipes after shaking someone's hand. He's also afraid of practically everything, but particularly heights, large groups, germs and all manner of potential dangers. Monk manages to overcome his obsessive habits -- sometimes even using them to his advantage -- and catch criminals. But Monk isn't just a quirky character. He has obsessive-compulsive disorder (OCD).

The actor behind Monk is Tony Shalhoub, and he's won three Emmy Awards for his work on the show. Shalhoub has said that he can identify with his character's obsessive traits, as can, perhaps, many viewers [source: WebMD]. To portray Monk, Shalhoub has said that he allows every normally checked impulse that a healthy person might have -- say, the desire to move an object that's out of place or take care of the lint on a stranger's shoulder -- to be acted out [source: New York Times]. Consequently, Adrian Monk is a whirlwind of uncontrollable habits and tics, such as skipping over cracks in the sidewalk. But unlike many OCD sufferers, Monk is relatively functional, routinely solving crimes and nabbing criminals.

OCD has also been immortalized on the silver screen, perhaps most famously by Jack Nicholson's character in the film "As Good as It Gets." But whereas Monk is kind, clever and funny, Nicholson's character, Melvin Udall, is rude and irritable. So it may be that Monk's lovable nature and the humor he brings to his foibles have contributed to the show's success and brought attention to a disorder that afflicts millions of people. One of the show's virtues is that it uses Monk's OCD in a light, humorous way and that his OCD-caused fastidiousness often helps him to solve crimes. (The show's tagline is "Obsessive. Compulsive. Detective.")

The USA network, home of "Monk," launched a public service campaign to boost awareness of OCD and its treatment. The show's Web site also presents information about OCD. However, the show's depiction of OCD may be misleading because for many patients, obsessive-compulsive disorder is debilitating, preventing them from living ordinary lives. In this article, we'll take a look at OCD, its symptoms, its possible causes, how it's diagnosed and how it may be treated. We'll also take a look at what distinguishes someone who happens to be perfectionistic or obsessive from someone who has full-blown OCD. 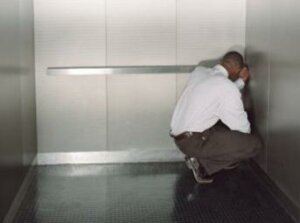