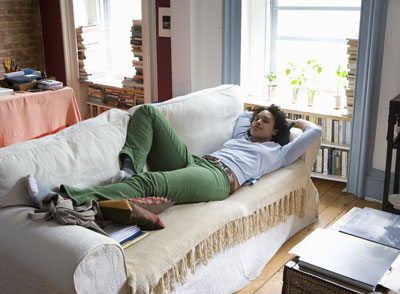 It's been a long day at the office. Your clients are demanding, and you're doing the work of three people. All you can think about at the end of your 14-hour day is falling face first into your California King, four-poster bed. That goose down, full-body pillow and comfort-top mattress are calling your name. There's no TV, no laptop and no telephone to distract you from getting acquainted with your 500 thread count comforter and Egyptian cotton sheets. You pull the shades and strap on your silk aromatherapy sleep mask knowing that all will be repaired by morning.

A­ good night's slumber will leave you feeling calm, refreshed and ready the next day. Research shows that sleep's also good for your overall health and especially for your heart. The amount of sleep people need varies, but the general consensus is that adults require about eight hours of sleep per night [source: APA]. How much sleep you need also changes as you age. Newborns have a pretty easy gig -- they sleep about 16 to 18 hours a day. At three months, babies begin to recognize day as day and night as night -- what's known as the circadian rhythm. At one year old, babies catch Zs for 10 to 12 hours a night and nap another three to five hours.

­During puberty, kids need more sleep than in their prepubescent period, and their body clocks shift, making it more difficult to fall asleep at night and wake up in the morning. Teens don't start producing sleep hormones until 1 a.m., compared to 10 p.m. in adults. In college, things get a little out of hand. One study reveals that one quarter of all college students are chronically sleep deprived [source: The New York Times]. That's nothing compared to adults. Nearly 60 percent of adults report having sleep problems, and only 37 percent get the recommended eight hours per night [source: National Sleep Foundation]. About half of these sleep problems are stress related. Sometimes the quiet recesses of the bedroom are the only places that allow the mind to focus on the day's events.

It's become clearer in recent years that getting the right amount of sleep not only gives you energy, it's good for your health. Research shows that too little or too much sleep can have some poor effects on your blood pressure and ticker, specifically. 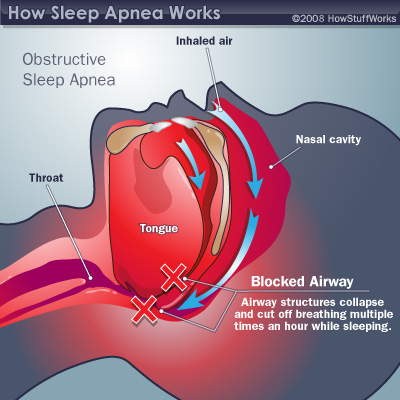 Why Socks Help You Sleep Better
Sleeping Just a Few Hours Sounds Great, But Could It Work?
Is sleep that important?