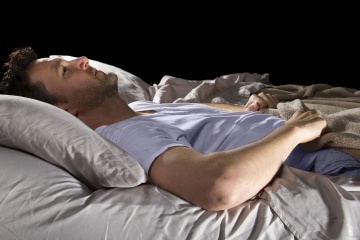 If thoughts about mortality relating to your lack of sleep are making your insomnia worse, you can relax. Fatal insomnia is very rare.
©iStock/Thinkstock

Anyone who has experienced insomnia for more than a span of a night or two has wondered, "Can I die from this?" When you're sleep deprived, it certainly feels like it's possible, and yes, you can die from sleep deprivation. Sleep deprivation can cause a lot of unpleasant side effects, from fatigue to irritability to short-term memory loss, but most of us recover from our sleep loss. The exception? Those with a disease known as fatal familial insomnia (FFI).

While no one knows for sure exactly who the first person with FFI was, scientists trace it to one of two Italian men who lived in the late 18th and early 19th century. A Venetian man died from what appear to be symptoms of the disease in 1765, and a different Venetian man succumbed to what was very likely FFI in 1836. Regardless of which man may be the true source, each passed the disease on to their children, and it not only ravaged those families, it carries on to this day -- although it's very rare. Only about 100 people have died from it, at least that as documented cases. FFI wasn't officially considered a disease until 1986 [sources: Schadler, Max].

Fatal familial insomnia isn't as simple as dying because you're unable to get a good night sleep night after night. FFI is an autosomal dominant neurodegenerative disease -- that means it's a hereditary genetic disorder caused by a defective gene on one pair of autosomes. (You have 22 pairs of autosomes, which are your non-sex chromosomes; you only have two sex chromosomes, X and Y, which determine if you're male or female.)

FFI is what's known as a prion disease, a rare disease in which a normal protein found in the body, the cellular protein (PrPC), is defective. Prion diseases can occur in three different ways. They can be acquired, such as the case with Kuru, which is an infection caused by acts of cannibalism (specifically, eating human brains); they can be sporadic, which means the disease spontaneously occurs without any particular cause; they can be inherited, which means the disease is passed along in families.

Although it's possible for fatal insomnia to appear spontaneously in an individual within a family where no one else suffers from the disease (which would make it a sporadic type, sFI, a rarity in an already rare disease), it almost always occurs within families. Families with FFI in their lineage -- and it's estimated there are probably 28 to 30, but no more than 40 family lines with the problem -- all carry a genetic mutation specifically on the prion protein gene (PRNP) in addition to another mutation of the gene called methionine polymorphism (which is also a characteristic of other neurodegenerative diseases). People who inherit and carry the FFI mutation have a 50 percent chance of passing the defective gene on to their child.

Insomnia is the early red flag, the hallmark of FFI, but sleep cycle disturbances aren't the only problem those afflicted with the disease experience. It moves through four distinct stages as it progresses. The first symptoms of FFI usually strike when a person is middle-aged, about 48 years old (although its onset has been seen as early as age 19 and as late as age 72), and the disease progresses rapidly. While some who develop FFI may live for two to three years, others may die within a year.

The first stage of the disease begins with insomnia, which typically gets worse over about a span of about four months. Some patients, however, only recognize it as a symptom something is wrong long after other problems of the disease begin to make themselves known. During these initial months FFI sufferers also begin to experience psychiatric complications, including panic attacks, paranoia and phobias (including, perhaps not surprisingly, insomnia phobia, which is the fear of not being able to sleep). During stage one, patients also report vivid dreaming when they are able to sleep.

During stage two, which for some lasts about five months, psychiatric symptoms persist and worsen; sufferers begin to hallucinate and become agitated, and the sympathetic nervous system begins to kick into overdrive. This is called sympathetic hyperactivity, and it causes a series of symptoms that include an increase in cortisol levels (that's the body's stress hormone), heart rate (tachycardia), blood pressure (hypertension), body core temperature (hyperthermia) and perspiration (hyperhydrosis) and breathing (tachypnea). It's in this stage when FFI begins to cause psychomotor problems such as short-term memory loss, personality and mood changes (including depression and anxiety), and motor disorders including movement and gait changes.

It's during third stage of FFI, which is a short stage of about 90 days, when the wake-sleep cycle becomes completely disrupted and total insomnia begins.

Stage four -- the end-stage of FFI -- is defined by rapid cognitive decline and dementia. This stage may last as long as six months. In the end, FFI causes the inability to voluntarily move or speak (called akinetic mutism), followed by coma, and ultimately death. 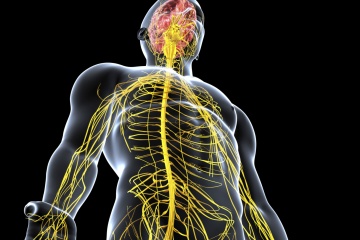 If you look beneath the insomnia of fatal familial insomnia, there are pathological changes inside your body that are the root of the problem. Insomnia is only a symptom of those changes. FFI causes crippling changes to your central nervous system (your brain and your spinal cord), including significant death of your anterior-ventral and medio-dorsal thalamic neurons. These are neurons in the thalamus, which is the part of your brain responsible for managing your motor functions and carrying sensory information where it needs to go. When these nervous system cells die, they unfortunately aren't replaced with new, healthy ones. Instead, your glial cells -- the support cells that help your neurons communicate and also function as a cleaning service for the central nervous system -- form scar tissue in the thalamus, which is called gliosis. Scar tissue can't perform the important functions of the neurons that have died, and without a healthy central nervous system your body begins to deteriorate.

Diagnosing FFI before symptoms appear is difficult, and involves a combination of patient-reported symptoms, family history, and genetic testing in addition to blood tests, spinal tap (to test the cells in your cerebrospinal fluid), and neurological and eye exams. Magnetic resonance imaging (MRI) scans and positron emission tomography (PET) scans of the brain are all also used to diagnose FFI. Electroencephalography (EEG) patterns, which measure the patterns of electrical activity in your brain, are also used to diagnose FFI. Researchers have discovered that the brain waves of people symptomatic with the disease don't follow normal sleep patterns (four stages of non-rapid eye movement -- NREM -- sleep, alternating with rapid-eye movement sleep -- REM). As early as a few months into the onset of the disease, FFI appears to cause the electrical activity in the brain to slow down and to skip important steps in the sleep cycle. In particular, deep REM sleep, ultimately progressing toward shorter and shorter amounts of sleep each day. None of the tests are good diagnostic tools unless used in combination with others on the list, and some, such as the EEG, are only accurate when the patient has already developed symptoms of the disease.

As of 2014, there's no cure or treatment for FFI. The best available care is palliative care, which addresses a patient's quality of life through management of the worsening and disabling symptoms rather than curing the disease. Research and clinical trials are being conducting on the effectiveness of experimental treatments, and some preliminary findings show there may be some therapies worth investigating further for their potential ability to relieve symptoms and possibly extend the lives of FFI patients, but nothing conclusive has come to light so far.

Sedatives and other traditional methods of treating sleep deprivation don't seem to have any impact against FFI, except for, possibly, the narcotic sedative (and recreational club drug) gamma-hydroxybutyrate (GHB). GHB is sometimes used as a prescription sleep-aid, and some speculate it may help induce sleep, at least a short burst, as well as additionally relieving other symptoms of sympathetic nervous system hyperactivity by decreasing both heart rate and body temperature in FFI patients [source: Schenkein]. Benzodiazepine antagonists, such as the drug flumazenil commonly used to treat tranquilizer overdoses, may also temporarily relieve the confusion and dementia that FFI causes, but as with all possible FFI treatments, additional research and clinical trials are needed.

Any time you're writing about a fatal disease with no known cure, it's a difficult one to get through -- both the research and the writing. Aside from the horrifying symptoms -- and name -- of this disorder, I really didn't know much at all about it. I was surprised to learn in my initial research that it's related, as a prion disease, to mad cow disease, as well as its human form, Creutzfeldt-Jakob disease.

Why is coffee and a nap better than either by itself?
10 Tips for Better Sleep
9 Most Common Sleep Disorders