Once Upon a Parasomnia 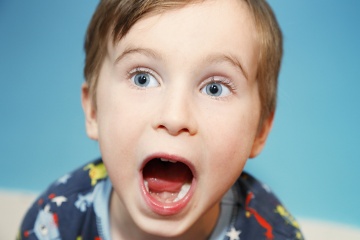 Is your kiddo screaming with a wide-eyed, dilated-pupil stare? He might be having a night terror.
Christopher Hope-Fitch/Moment/Getty Images

Night terrors shouldn't be confused with other parasomnias (a general name for some of the weird stuff that can happen when you're sleeping) like sleep paralysis, sleep apnea and plain old nightmares.

When people experience sleep terrors, they often yell and flail wildly. Unconscious of their surroundings and confused, they don't respond to any attempts to soothe them but instead mutter or yell. Their eyes might even be open (which is really freaky) with pupils dilated, heart racing and lungs hyperventilating. All this can go on for 20 minutes, and while it's terrifying for people in the vicinity, the sleeper doesn't remember the horrific visions come morning, though he might recall the fear [source: MedlinePlus].

Night terrors, or sleep terrors as they're sometimes called, are usually experienced by little kids. It's uncommon, but not unheard of, for adults like Jules Knight to endure them on a regular basis.

Nobody is absolutely sure how many kids get night terrors, but some estimates put it around 6.5 percent of the population between the ages of 4 and 12 (although some kids can experience them as early as 3). There's some controversy here, as one study has estimated that 40 percent of kids between 2.5 and 6 years old get them [source: BabyCenter]. Compare that with only 2.2 percent of the adult population [source: NSF].

Sleep terrors know no genders. Boys and girls, men and women are all equally prone to them. Almost nobody gets the terrors past the age of 65, which is a nice side-effect of aging.

While night terrors remain somewhat mysterious, researchers do know that they have something to do with over-stimulated central nervous systems (CNS). Our CNS is still maturing when we're kids, so that could explain why kids disproportionately experience night terrors.

Researchers also know when exactly in the sleep cycle night terrors make their unwanted entrance: It's when we go from stage 3 non-rapid eye movement (NREM) to stage 4 NREM, just as the delta waves in your brain start to slow down along with your heart rate and blood pressure [source: Borelli]. This can happen anywhere between one to three hours after we fall asleep.

That's all very well, but what are stages 3 and 4 of NREM, to say nothing of stages 1 and 2? And why do those stages contribute to all this wide-eyed sleep mania?

A quick overview of sleep cycles is needed. 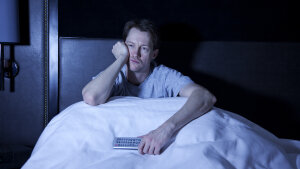