Why Are You So Tired? 5 Most Common Sleep Mistakes

More than a third of Americans wake up every day feeling tired. What can they do about it? Digital Vision/Getty Images

My friend, the mother of a 2-year-old son and 2-month-old baby daughter, owns a hoodie with the words "I'm Tired" printed in big block letters. That hoodie speaks the truth.

Even if we don't have small children waking us up at all hours, too many American adults are sleep-deprived. According to the U.S. Centers for Disease Control and Prevention (CDC), 35 percent of U.S. adults aren't getting the recommended seven hours or more of sleep per night.

And a Sleep Foundation survey found that even those who average more than seven hours each night still wake up bone tired. For 35 percent of Americans, the quantity of sleep is there, but the quality is not, and is rated as "poor" or "only fair." Even worse, 20 percent of those surveyed reported not waking up refreshed for the past seven days straight.

We reached out to clinical psychologist and author Michael Breus, a.k.a. The Sleep Doctor, and author of the free e-book "10 Things Great Sleepers Do", to help identify the five most common lifestyle mistakes that affect sleep quality.

"I go to bed at roughly midnight every night and wake up at roughly 6:30 every morning," says Breus, "and my brain is so used to it that I don't need more than six-and-a-half hours of sleep. And I'm The Sleep Doctor!"

The brain craves consistency. If you hit the sack at the same time each night and set the alarm for the same time each morning, your circadian rhythm will stay in sync. That means your brain will trigger the release of the hormone melatonin at the right time each night, so you will fall asleep faster and reach the restorative stages of the sleep cycle quicker.

If you constantly disrupt your sleep schedule — staying up late on the weekends or waking super early for an appointment — your brain will take longer to enter its sleepytime routine and have a harder time revving back up for the day, leaving you groggy.

If you need help, set a bedtime alarm on your phone when it's time to wind down. Newer iPhones even have a built-in "Bedtime" setting in the clock app.

2. Too Much Caffeine or Alcohol Close to Bedtime

Most of us know that drinking a cup of full-strength coffee after dinner is a recipe for insomnia, but Breus notes that caffeine actually has a half-life of eight hours, so he recommends cutting off coffee or soda at 2 p.m.

Even if you swear that you can down a cappuccino after dinner and go right to sleep, Breus guarantees that if he stuck electrodes on your head, your brain waves would tell a different story. That's because caffeine, a stimulant, blocks your brain from entering the "deep sleep" stages of the sleep cycle, stalling it in the early, lighter stages.

"I have a patient who drinks a pot of coffee a day," says Breus. "It's not that he never sleeps, but he doesn't get good sleep at all." (A June 2018 study explored why some people are more tolerant of caffeine than others. It depended on a type of enzyme in their liver.)

Drinking too much alcohol close to bedtime is just as problematic. Even though two or three drinks will help you fall asleep faster, the brain still struggles to reach the physically restorative deep sleep stages that are front-loaded in the first four hours of the night. That's when the brain orchestrates cellular repair, rehydration and the release of growth hormone.

"Sleep quality is directly affected by the presence of alcohol," says Breus. "Believe it or not, it's one of the reasons you get a hangover."

3. Light Exposure at the Wrong Time

Our circadian rhythm, or "internal clock," is largely set by exposure to natural light. When the sun goes down, the brain is primed to release melatonin from the pineal gland, inducing sleepiness. And when the sun rises, the melatonin pump is turned off, allowing us to wake refreshed.

But the invention of artificial electric light in the 19th century, and our modern addiction to light-emitting screens of all sizes, means that our brains are exposed to light well past sundown. This delays the natural release of melatonin and throws off our circadian rhythm, not only leading to sleep problems, but also greater instances of obesity, diabetes and cancer.

Breus recommends an "electronics curfew" at least an hour before bedtime. But if you rely on TV or YouTube to lull you to sleep, invest in a pair of blue-blocking glasses that filter out the most disruptive wavelengths of light.

Equally important for setting your internal clock is to get exposure to natural light first thing in the morning and throughout the day. It will help boost your mood and productivity and suppress melatonin production until nighttime.

4. Exercising Too Late in the Day

Light, it turns out, is not the only way that our brain maintains a steady circadian rhythm. Body temperature is another important signal.

Regular exercise is critically important for overall health and can also be a fabulous sleep aid, says Breus, as long as you don't overheat your body too close to bedtime.

Your brain relies on a cool core body temperature as one of the cues to release melatonin and induce sleepiness. So, if you do a vigorous workout before trying to go to sleep, your elevated core temperature is going to mess with the programming. Exercise early enough that you have time to shower up and cool down before lights out.

Even if you don't exercise, you may still stay awake if your bedroom is too warm. A fan in the room can do double duty, by keeping you cool and blocking out unwanted noises.

Sleep apnea and even snoring can rob sufferers of precious oxygen when they sleep.

According to the National Sleep Foundation, only 11.6 percent of U.S. adults have been diagnosed with sleep apnea, even though research suggests that 25 percent of the population is likely affected. That missing 13.4 percent could be suffering needlessly, since treatments like a continuous positive airway pressure (CPAP) device are highly effective.

Studies have shown that cognitive behavioral therapy (CBT) is more effective than using sleeping pills to cure insomnia. CBT involves the techniques we mentioned earlier, as well as keeping a sleep log. This log helps you to be more objective about how many hours you're actually sleeping and to track your progress. Since insomnia is often a condition of the mind, being able to relax will help you stay asleep.

What are the types of fatigue?

There are thought to be many types of fatigue, but the average person deals with social, emotional, physical, and mental fatigue. Some people also deal with pain and chronic illness fatigue. All of these affect a person and while some of them may make you so tired you fall asleep as your head hits the pillow, other types may make it harder to fall asleep.

What are symptoms of not sleeping enough?

What causes extreme fatigue in females?

Many of the same issues can cause fatigue in both females and males, as this article discusses. However, fatigue is one of the most common PMS symptoms. Mensuration often increases how tired a female feels and how much sleep she needs because of the plunge in hormones that occurs. Hormones levels should return to normal in a few days, at which point the extreme fatigue should disappear.

What is the most ideal time to go to sleep?

There's no certain time that is best to go to sleep, however it should be a time that allows a person to get at least the recommended seven hours per night before they have to get up. Sticking to a consistent sleep schedule is also extremely important for good quality sleep since the brain craves consistency. If you start snoozing at the same time every night and set the alarm for the same time each morning, your sleep will significantly improve.

How do I fix my sleeping problem?

If you are struggling to fall asleep or have a good quality sleep, there are a few things you can do. Set and try maintaining a consistent sleep schedule (go to bed and wake up at the same time seven days a week). Cut caffeinated drinks off at 2:00 PM and don't consume alcohol every night, even if it's just one glass. Refrain from looking at screens at least an hour before bed. If you try these things for a month and don't see any improvement, speak to your doctor about potential sleep disorders, sleep aids, and cognitive behavioral therapy to cure insomnia.
​

Dave Roos "Why Are You So Tired? 5 Most Common Sleep Mistakes" 18 July 2018.
HowStuffWorks.com. <https://health.howstuffworks.com/mental-health/sleep/disorders/so-tired-5-most-common-sleep-mistakes.htm> 6 March 2021
Citation 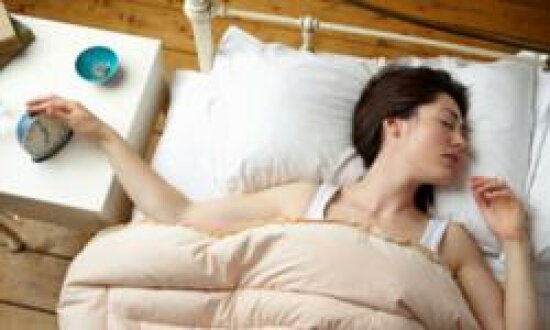 How to Fall Asleep 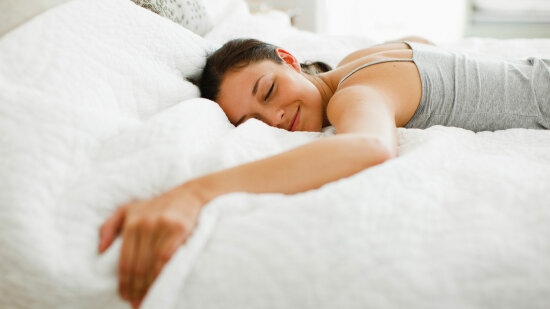 The Get Better Sleep Quiz 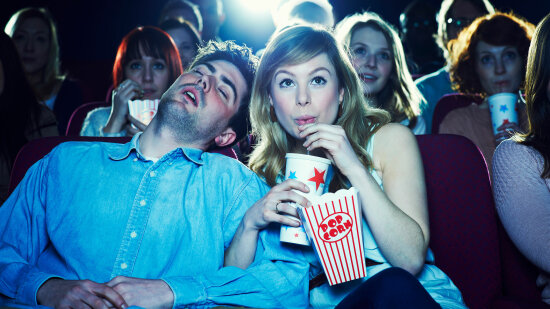 Why Do People Fall Asleep in Movie Theaters?