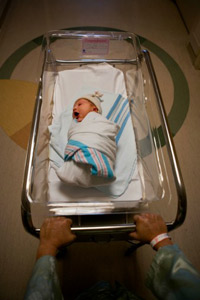 Many couples find they're unable to conceive children. They're diagnosed as infertile when pregnancy isn't achieved after trying for one year (or six months if the woman is over age 35). Infertility affects more than 7 million people in the United States, and about 12 percent of women of childbearing age are considered infertile [source: Resolve].

Most infertility cases are treated with drug or hormone therapies or surgery. However, about 3 percent of cases require more advanced techniques, such as donor insemination or in vitro fertilization [source: American Society for Reproductive Medicine]. Some people in this small percentage do have successful pregnancies, while others choose to adopt and some become parents by partnering with a gestational carrier or a surrogate. A surrogate is a woman who carries a child for an individual or a couple -- usually called the intended parents.

Stories of surrogacy reach back to the Bible with the story of Abraham, his wife, Sarah, and her handmaiden, Hagar. In this story, Sarah finds she is unable to conceive and arranges for Abraham to impregnate Hagar, who goes on to conceive Ishmael. The first modern-day recorded surrogate agreement in the U.S. was made between a surrogate mother and a married couple in 1976 in Dearborn, Mich., drafted by a lawyer named Noel Keane. Keane subsequently went on to found the agency Surrogate Family Services, Inc. [source: Meinke].

The numbers of surrogates have been growing since 1976. In 2002, the number of surrogate births was estimated to be 550 [source: CDC]. And the Organization of Parents through Surrogacy (OPTS) show roughly 25,000 births through surrogate carriers in the U.S. since 1976 [source: USA Today].

But why would a woman choose to carry another couple's child? How do surrogate mothers become pregnant? Find out in the next section. 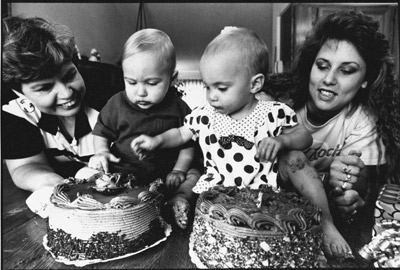 Intended parents and surrogates must also consider what type of surrogacy arrangement they're most comfortable with. There are two common types of arrangements: commercial and altruistic.

In commercial surrogacy arrangements, the surrogate is compensated for her time and effort, any travel involved and related medical expenses not covered by insurance. The chosen surrogate and the intended parents usually don't know each other before the arrangement.

In altruistic surrogacy arrangements, the carrier sees no financial gain, and the arrangements are commonly made with relatives or friends of the intended parents.

What are the requirements for surrogate mothers, and how are surrogacies arranged? Read on to find out. 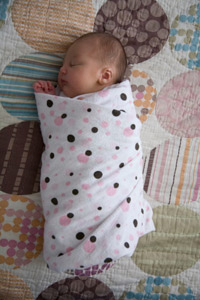 Surrogacy can be expensive, but many couples are willing to pay for a baby that's genetically related to them.
Alice Edward/Photonica/Getty Images

The cost of choosing a commercial surrogate varies according to the situation.

Compensation and fees are calculated based on the complexity of the surrogacy agreement. The national average for compensation ranges from $20,000 and $27,000 [source: Alternative Reproductive Resources]. If an egg or sperm donor is also needed, the cost may increase by thousands of dollars.

In vitro fertilization procedures vary among specialists and currently cost somewhere between $15,000 and $30,000 [source: Northeast Assisted Fertility Group]. Intended parents pay thousands more for counseling for both the surrogate and themselves, surrogate expenses prior to the pregnancy (including attorney fees, lost wages and life insurance premiums), medical and travel expenses, and attorney fees.

If the chosen surrogate doesn't have health insurance or her insurance excludes surrogacy, the intended parents must obtain a policy to cover the pregnancy.

Despite the significant financial burden, surrogacy is a satisfying option for many people. Some couples endure repeat miscarriages or unsuccessful ART procedures. Others have a genetic defect they do not wish to pass along or they can't carry a pregnancy to term. Gay male couples who want a genetic link to their children may also choose surrogacy.

Women who choose to become surrogate mothers are typically between the ages of 21 and 42 years old, have previously given birth and are high school graduates. The majority of surrogate mothers were raised Christian, about 75 percent are married and approximately one third are employed full-time [source: Center for Surrogate Parenting, Inc.].

To begin the process, intended parents have an initial consultation with mental health professionals, their attorney and the staff at the center facilitating their surrogacy program.

Once a couple decides on a program, they prepare to be matched with a carrier. They typically undergo psychological evaluation and testing for sexually transmitted diseases. They also complete a profile that will be presented to the surrogate. The future intended parents choose an IVF clinic and plan their financial affairs with their attorney. They set up an escrow account from which the surrogate's compensation and expenses will be paid.

Do surrogate mothers have any parental rights? What's the "womb-for-rent" controversy? We'll discuss legal aspects of surrogacy in the next section.

As defined by the Center for Disease Control (CDC), ART includes all fertility treatments in which both eggs and sperm are handled outside the human body before fertilization and implantation into a woman's uterus [source: CDC].

ART procedures have been associated with multiple pregnancies -- usually twins but sometimes triplets. More than 35 percent of all ART births are multiples. [source: American Society for Reproductive Medicine]. 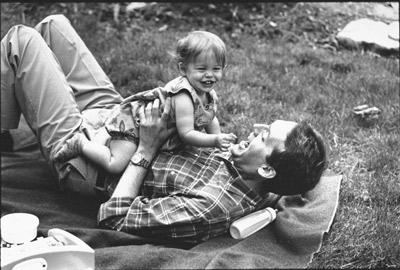 Christensen Von Wormer hired a surrogate mother to carry his daughter after his girlfriend decided against having children.
Steve Kagan/Time Life Pictures/Getty Images

There are two legal aspects to gestational surrogacy agreements: the contract and finalization of parental rights.

The surrogacy contract should be drafted, reviewed and signed at the beginning of the relationship between the intended parents and the surrogate. A solid contract will outline the rights and responsibilities of the intended and the surrogate as well as compensation, medical and psychological screening, selective reduction policy, medical insurance and parental rights [source: Center for Surrogate Parenting, Inc.].

Carriers must live in states where commercial surrogacy is allowable. [For more information about surrogacy laws in the state where you live, visit: Simple Surrogacy].

In addition to drafting the contract, the intended parents must finalize their parental rights in order to be recognized as legal parents. In some states, a pre-birth order may be filed with the court -- usually when pregnancy occurs -- allowing for the names of the intended parents to be placed on the baby's original birth certificate upon birth.

Both the contract and the finalization of parental rights can be complicated matters depending on state laws. In 1986, Mary Beth Whitehead brought national attention to the surrogacy debate when, after being artificially inseminated with intended father William Stern's sperm and giving birth, she refused to give up the child to the intended parents. The case, known as that of "Baby M," ended without the court upholding the surrogacy contract. William Stern was granted custody, but Mary Beth Whitehead -- who donated her egg and was therefore the genetic mother of Baby M -- was given visitation rights.

Surrogacy continues to be a complicated tangle of legal, social, ethical and technological issues. Arguments against commercial surrogacy compare it to baby buying and selling -- a "womb for rent." Some detractors also believe that commercial surrogacy uses technology to exploit women, children and the meaning of motherhood and fatherhood in our society.

For more information about infertility, Assisted Reproductive Technologies, and surrogacy law see our list of resources on the following page.

Can you get a tattoo if you're breast-feeding?
How Doulas Work
10 Things No One Tells You About Your Body After You Have a Baby