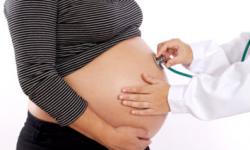 There are a few surprising benefits of pregnancy.  See more pregnancy pictures.
Hemera/Thinkstock

You're probably all too familiar with the numerous aggravations — morning sickness, heartburn, and leg cramps, just to make a few — that plague expectant moms. Sometimes, in fact, pregnancy may seem like little more than an unpleasant means to a happy ending. But believe it or not, a baby isn't the only good thing you get out of childbearing.

All those extra hormones not only encourage fetal development, but they also have an effect on your well-being. Some can actually improve your health (and maybe your looks!) during and after pregnancy. What's more, childbirth and breastfeeding confer a few healthful benefits of their own.

Despite what we've all come to expect, from fatigue to stretch marks and varicose veins, most women find pregnancy to be a positive experience. According to a survey by Jeanne Brooks-Gunn, PhD, a professor of child development at Columbia University Teachers College in New York City, the majority of women reported only a handful of negative symptoms during their pregnancy; nausea and fatigue early on and discomfort and difficulty sleeping toward the end. More often, women reported feeling very energized and positive during the second and third trimesters, reports Brooks-Gunn.

Of course, that might be easy to forget on those days when getting out of bed is an enormous effort. But rest assured, wonderful changes are taking place in your body. Happily, you'll experience some of the benefits for a long time to come.