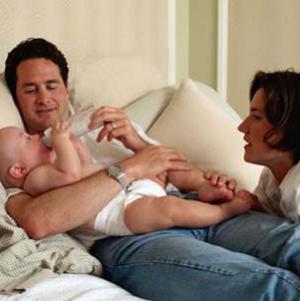 ©2006 Publications International, Ltd.
Deciding when to have a second child requires weighing many pros and cons.

The nuclear family is thought of as the "traditional family," with two parents and siblings. However, "traditional" does not mean "simple."
Spacing of Children

A majority of parents want more than one child, and once the first child is here or on the way, it's natural to wonder how long you should wait to have another. It's really a personal decision. On the one hand, many parents opt to wait a few years, until the first child is no longer in the demanding infant stage. These parents might tell you the thought of dealing with two infants at once was just too overwhelming for them. On the other hand, parents who had their children in quick succession might tell you they did not have time to lose their touch between children, and having two infants at a time is easier than having an infant and perhaps a toddler or even an older child, whose conflicting needs and demands involve a lot of gear-switching.

One factor to consider when you're exploring the question of how many years to leave between brothers and sisters is how you envision their roles with one another. When siblings are born several years apart, the older siblings often adopt a caretaking role with the younger siblings. Siblings born closer together are more likely to relate as peers and playmates. Of course, no matter how you envisioned their roles, all siblings fight from time to time. And whether they're of the same or opposite sex influences their relationships, too.
Birth Order Factor


If you've read any pop psychology, you've probably already come across the term "birth order factor." It refers to a child's place in the family. Certain traits seem to go hand in hand with birth order. The theory is that birth order affects not only how your child sees herself, but also how you parent your child. For instance, studies demonstrate that parents often have greater expectations of firstborn children.


Research has shown consistent responses among children when they were asked for their perceptions and feelings about their rank in the birth order, so it's wise for parents to be aware of how birth order may affect each child and how it may cause you to overlook the needs of each child. What follows are some common traits ascribed to children depending on their birth order. You may agree or disagree strongly with some of these assertions; we present them just to make you aware of some findings in this area of study.

The firstborn child is the pioneer in the family and, unless a remarriage into a family with other children occurs, she always enjoys the position of the oldest. Firstborn children are often very dependable, responsible, loyal, and protective. They often assume a little-parent role in the family. Among adults, a high percentage of firstborns can be found in such demanding professions as medicine and politics. Firstborns often say their parents place too much responsibility on them in the family, and parental expectations for them are too high.

The second child often experiences a much different world than his older brother or sister does. Second children often take the role of rebel, clown, entertainer, artist, troublemaker, peacemaker, or negotiator in families.


But second children often feel they don't get enough attention from their parents and, unlike firstborns, their parents don't expect much from them. They complain they are compared with their older siblings and often express the wish that they would just be appreciated for who they are. They may resent being bossed around by their older siblings.
Some middle children express relief about being in the middle. Their parents are accustomed to parenting by the time they arrive, so some of the pressure is off. But middle children often feel unappreciated by and uninvolved with the rest of the family. They usually end up with all the hand- me-downs from the older child, which doesn't help them feel very special either (unless they happen to be the first sister or brother born into the family, a situation that changes the family dynamics a great deal). Middle children often see themselves as dependable, self-reliant, diplomatic, and easygoing. Because they do tend to be very independent, they often end up in very independent sorts of jobs. As children, they often wish their parents would get more excited about their achievements, spend more time alone with them, and, for heaven's sake, buy them some thing new once in a while. 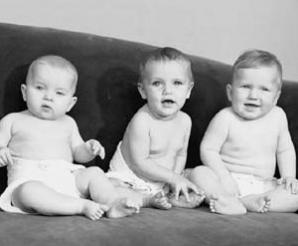 ©2006 Publications International, Ltd.
The order your children are born in may affect their personality.
The baby, or youngest child in a family, usually has special status. The parents' expectations of the youngest child may be lower, and this child doesn't have to do much to get all her needs met. By the time the baby of the family is born, the parents may have attained a healthy earning power, so the family's financial situation may be considerably easier than it was when the first child was born. The baby may be showered with material possessions and special attention. She knows she has a special place in the family and learns to charm and manipulate other family members to get what she wants. Nonetheless these youngest children don't like being called the baby; they want to be taken seriously just like other children. They often see themselves playing the role of the little one, the cute one, the spoiled one, or the one with the temper. Some babies don't ever really grow up or shed the role they played as a child often because their parents don't ever really allow them to grow up, wanting them to forever remain their cute, precious, final child. Only Children

There are lots of reasons for having only one child-sometimes the parents plan it that way; sometimes stillbirths, miscarriages, deaths, medical problems, or other factors prevent parents from having other children. These factors affect how an only child views himself and how his parents view him.


Most only children relish their position, even if they occasionally wish they had the companionship of brothers and sisters. Unfortunately, as parents age, an only child often becomes the sole caretaker with no siblings to help out.


Only children may feel lonely for lack of peer interaction. Due to their exposure within the home to adults only, they might have difficulty being around other kids even when the opportunities for such interaction exist, or they may simply prefer to be around adults. They often feel incredible pressure from their parents, since they may be viewed as the first, last, and only hope for the future of the family. While parents of larger families may hope to fulfill their own dreams through several children, all such wishes may be focused on an only child.
Late-Born Only Children


A child born several years after other siblings shares some of the experiences of an only child, especially if the older children have already grown up and left home. But he is also the baby of the family, and his role reflects this dual situation. Parents aren't as likely to pressure this child as much as they might a true only child. He does not have to share attention with his siblings but can experience the loneliness and differentness the only child feels, particularly if his parents are much older. This latter situation comes into play with special clarity when the child reaches school age and meets other children's parents.


Advantages to having so-called late children are many. There is little sibling rivalry, and the older siblings may be able to help their parents with the baby. Many of the anxieties of first-time parenting are gone. For the older children, having a baby in the house may teach nurturing skills and increase their appreciation for what was once done for them. What often ensues is more open affection among everyone in the household.
Forging the Family Unit


What can family members do to enhance their bonding to each other in an age when isolation of people in general may inhibit bonding within the family unit?


Let's start at the beginning. Studies have shown that when a father is present for the birth of his child, his relationship with the child in the first months of life tends to be enhanced. If there are siblings, it's important they be involved, too. Many hospitals recognize this; many offer sibling programs to help prepare children for new brothers and sisters.


Families can maximize closeness and reap practical benefits by having regular family meetings to make plans and discuss problems. Even small children can take part in some family decision- making and problem-solving: where to go on vacation, how to paper-train the puppy, and so forth. When all family members feel they are valued and their voices are heard, they are more likely to cooperate with each other. When families plan activities and spend time together, they have more shared memories, which enhances their sense of family. Families can establish their own traditions and festive occasions when they enjoy particular activities, such as visiting Grandma and Grandpa on Sundays or having a picnic on the Fourth of July. When family members plan and interact together, each experiences a sense of belonging, wholeness, and dignity. The same is also true for your extended family -- grandparents, aunts and uncles, and so on. Learn about the special bonds and considerations when dealing with your extended family in the next section. 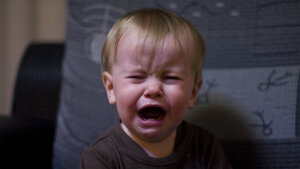 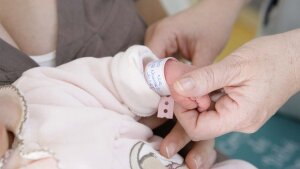 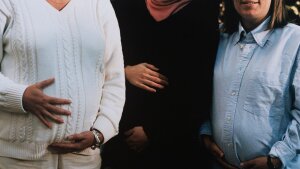