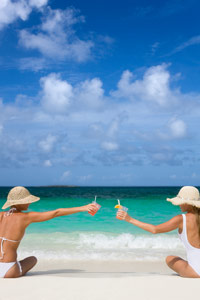 Free from periods, more women may be able to enjoy cocktails on the beach in white swimsuits.
© iStockphoto.com/cdwheatley

On the HBO series "Sex in the City," life for the four female characters was often portrayed as a pursuit for more: more sex, more shoes, more cosmos. In 2003, however, the creator of "Sex and the City," Candace Bushnell, appeared in a campaign that advocated for less of something -- menstrual periods. Bushnell acted in advertisements for Seasonale, an oral contraceptive that extends the length of a woman's menstrual cycle so that she only has a period every three months. "When you think about what women have accomplished with 13 periods a year, think about what we can accomplish with only four," Bushnell said in the ads [source: Clark-Flory].

In the time since Bushnell made those ads, the Food and Drug Administration (FDA) has approved Lybrel, a birth control pill that promised to show women what could be accomplished with no periods at all. Lybrel's campaign is similar to Seasonale's in that it makes menstruation a lifestyle choice. That's certainly not how it was explained to girls of previous generations when they got their first periods -- rather, the deal was that you traded in a few days of cramps each month for the ability to bear children down the line. Each girl may have a slightly different relationship with that special time of the month: Some girls were taught to celebrate a period as a rite of passage and a sign of womanhood, while others were taught to grin and bear it.

­But how did women react when they learned that their monthly friend didn't need to visit so regularly? Just as women view periods differently, there were varied reactions to this news. On the one­ hand, many women would be more than happy to get rid of the PMS, the need to buy tampons and the inconvenience until a time in which they're ready to conceive children. On the other hand, however, some women view menstrual suppressing oral contraceptives as an attack upon womanhood, an implicit message that a period and its accompanying symptoms are in some way unnatural.

But before questions of female identity comes a more obvious question: Is suppressing a period safe? Does a woman really need to have a period every month? We'll investigate the health issues on the next page. 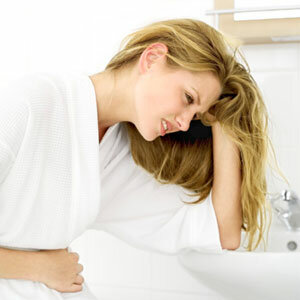