What biological factors are linked to skin tone? 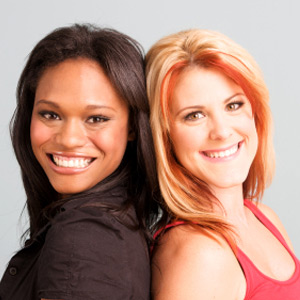 Your ancestors' skin color is the biggest factor in determining your skin tone.
©iStockphoto/Donna Coleman

Your ancestors' skin color has the biggest influence on your skin tone, which is determined by the biological factor of genetics. However, the geography of your ancestors is the basis for why skin tones differ in humans.

Think back thousands and thousands of years ago. Those living closer to the equator were exposed to more UV-light intensity while those living closer to the poles where the sun isn't as strong experienced far less exposure. The result? Skin responded by producing melanin -- a skin pigmentation agent, which helps epidermis protect itself against UV radiation. The more melanin your skin produces, the more pigment you have, which results in a darker skin tone. That's a biological influence. But what about people with skin tones that don't correlate to whether they were born and raised close to the equator or the poles? That's where genetics come in.

There are additional genes and other biological factors that are linked to skin tone. Our genetic material is expressed as a phenotype, a characteristic we can observe, like skin color. These phenotypes can be influenced by more than one gene. These are called polygenic traits, which account for the rich diversity in skin tones, no matter where you live in the world today.

Particular genes have actually been linked to skin tone, including ASIP, MATP, TYR and OCA2 [source: Shriver]. These can't compare to the gene SLC24A5, which was just discovered in the last few years. SLC24A5 has been around the scientific community for some time, but was not thought to play any factor in skin tone. However, Penn State University researchers discovered that not only does SLC24A5 play a factor, but it plays a big one -- controlling up to 38 percent of a person's skin tone [source: BBC News].

Most people carry one version of the SLC24A5 gene. Europeans carried a variant that contained a mutation resulting in the lighter skin. Researchers discovered that those who had ancestors from both Europe and West Africa -- the basis of the more common form of the gene -- had lighter skin depending on whether they had the original SLC24A5 gene or the European mutation [source: BBC News].

According the National Organization for Albinism and Hypopigmentation, in the U.S. one in 17,000 has a type of albinism in which the body produces "little or no pigmentation in the eyes, skin and hair [Source: NOAH]."

For more information on albinism, check out How Albinism Works.