What are the benefits of using a vibrating razor? 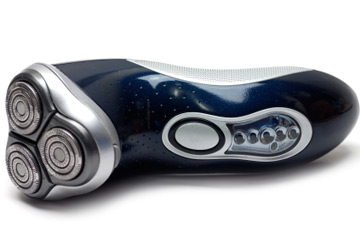 Can a vibrating razor give you a better shave? See more pictures of personal hygiene practices.
©iStockphoto.com/James McQuillan

When it comes to shaving, there are numerous options available. Along with regular razors, electric razors and five-bladed razors, now there are even vibrating razors. With so many options, it's hard to know what really works and what's just a gimmick to increase sales. After all, if you've purchased a razor or razor blades lately, you know they don't come cheap. This is especially true for vibrating razors. Curious shavers might wonder if the benefits, if there are any, justify the price. On top of that, there's also the question of whether or not a vibrating razor -- in other words, a sharp blade that moves while you hold it against your face, legs or armpits -- is even safe.

When you shave, the closer you get, the smoother your skin will be and the longer the shave will last. The only problem is that close shaves can lead to razor burn and encourage ingrown hairs. People also prefer a clean shave, too, but ordinary razor blades will sometimes miss hairs that lay flat against the skin.

Vibrating razors, according to most advertisements, supposedly reduce the chance of these unwanted side effects. By using a small, battery-powered motor inside the handle, vibrating razors allegedly cut down on friction between razor blades and your skin. When Gillette introduced its vibrating razor, the M3Power, it claimed that the razor actually lifted hair away from your skin, allowing for a closer shave.

No one seems to agree on these claims, however. In fact, a federal judge in Connecticut said Gillette didn't have enough scientific evidence to back up that claim, and the company had to change its story [source: Burns].

But that hasn't slowed down the sales of vibrating razors. In the device's first year, Gillette's M3Power raked in nearly $30 million in sales, which was enough for the company to expand and design a vibrating razor for women as well [source: Howard].

For lots more information on vibrating razors and shaving tips, see the links on the next page.

A Hairy History of Eyebrow Trends
Carboxytherapy Overview
How does the sun affect healing scars?