As we covered in the previous section, the reaction to a sunburn can depend on skin type. Most people produce two types of melanin, but in different amounts depending on their skin type. Dark-skinned people produce more eumelanin, which turns their skin brown, giving them more of a natural protection from sunburn and sun poisoning. On the other hand, people with fair skin (especially those with red hair) produce more pheomelanin. Pheomelanin doesn't brown, but rather reddens the skin, making these people all the more susceptible to sunburn and sun poisoning. So, redheads should be particularly cautious about sun exposure.

First, let's go over some of the common symptoms of a sunburn. The damage can begin within 15 minutes of sun exposure (even though you won't feel it yet). After four to six hours, the affected skin will get noticeably red and warm (a result of the reaction of your body sending blood to the area, as we discussed on the last page). Sunburns often entail painful burning sensations, the severity of which depends on how bad the burn is. The affected skin will also begin to peel off eventually.

So the redness, burning and peeling are all normal -- albeit painful. It's time to get worried only when you experience any of the following:

These are symptoms of sun poisoning -- not of a mere sunburn. Any of these, or simply abnormally severe pain, should at least prompt a call to your doctor. The last three -- dehydration, shock and loss of consciousness -- will require a trip to the hospital.

Next, we'll go over treatments. 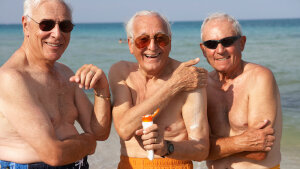 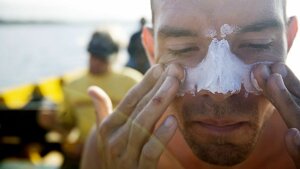 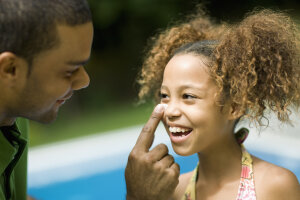