Do vegetarians have smellier sweat than omnivores? 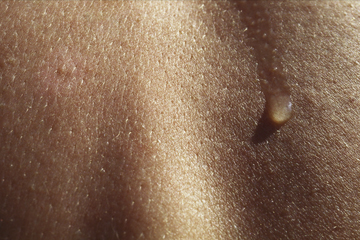 Do vegetarians have smellier sweat than omnivores? It might actually be the opposite.
PhotoAlto/Frederic Cirou/Getty Images

Early in his career, late Apple co-founder Steve Jobs took a $5 an hour job at Atari — and promptly grossed out his coworkers.

Although Atari's chief engineer "saw something in him," Jobs' officemates soon smelled something on him, too: body odor. Jobs believed his vegetarian diet prevented body odor, so he bathed less frequently than the average omnivore. The resulting B.O. prompted Atari's CEO to give Jobs the night shift, where he was the only worker on the premises [source: Griggs].

Jobs' theory that being a vegetarian made him smell better may have seemed wrong at the time, but researchers contend there could be something to it. Turns out, vegetarians don't have smellier sweat than omnivores. In fact, they probably smell better.

A study published in the Journal of Chemical Senses in 2006 found that eating meat affected the way participants smelled to others. The small study, designed to test the effect of red meat consumption on the attractiveness of body odor, asked 17 male participants to eat either a meat or nonmeat diet for two weeks. During the final 24 hours of the diet, participants wore pads to collect body odor. These samples were then rated by 30 female participants for a variety of factors, including pleasantness, masculinity, attractiveness and intensity. A month later, the process was repeated with the same participants; however, each male participant followed the opposite diet as before.

The study found that the sweat of participants who were on a vegetarian diet smelled more appealing than those who weren't. The body odor samples of nonmeat eaters were rated more attractive, more pleasant and less intense. This suggests that meat consumption results in smellier sweat [source: Havlicek].

Keep in mind, however, that certain foods have smells so powerful that they can be released through the pores during — and after — the digestive process. Garlic, cumin and curry, for example, are particularly potent.

There's also the fact that sometimes, sweat just stinks. There are two types of sweat: eccrine and apocrine. Eccrine is exuded from sweat glands located all over the body and doesn't normally have a strong smell. Apocrine sweat, on the other hand, comes from sweat glands under the arms, around the groin, and in the hands and feet. It's full of fat and protein, which are gobbled up by bacteria living on the skin. The resulting byproduct is a bacterial waste that gives sweat its signature odor [source: Levine].

So whether you're a vegetarian, omnivore or somewhere in-between, regular showers and a daily application of deodorant can go a long way toward positive relations with those around you.

Quick Tips: 5 Supplements to Improve Skin Health
How does the environment affect my skin?
Sebum Overview