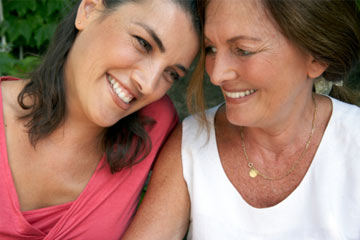 In general, genes, which are made of DNA, determine all the different characteristics of a living thing. They do this by telling your cells how to make proteins, which in turn affects all the structures and functions in your body. Scientists estimate that humans have between 20,000 and 25,000 different genes [source: Genetics Home Reference].

Genetics are complicated by the fact that there is no specific skin gene -- many genes work together to affect a single trait, and many traits can be affected by a single gene. Genes have a significant influence on skin because skin is made of so many proteins. For example, collagen, which forms the basic structure of your skin and gives it strength, is a protein. So is melanin, which is the pigment that gives your skin its color.

Often, genetic factors are thought of in terms of heredity -- that is, if your parents have a certain trait, you're likely to have it. This is at least partially true for many skin-related characteristics, such as skin type and skin color. However, it's not easy to definitively isolate genes that cause skin color. Many researchers have tried to determine which specific genes are linked to skin color and skin type, but more studies still need to be done because so many factors, both genetic and environmental, affect these traits [source: Barsh, Matulef].

So you now know that genes affect the normal characteristics of your skin, but what happens when genes behave in abnormal ways? Read on to find out how genetic disorders can affect the skin.

You can't have a gene for a certain disorder. Genetic disorders are caused by the mutation of a regular gene, which keeps it from giving instructions to proteins properly -- or at all [source: Genetics Home Reference: Mutations]. Another common myth about genetic disorders is that they are all congenital, or present at birth. In fact, you can get genetic disorders as your cells get older or if they're exposed to harmful chemicals. Of course, they can also be passed down from one generation to the next, and sometimes can be caused by a combination of both inheritance and environment [source: Mayo Clinic].

This is true of one common skin disorder: skin cancer. The most common risk factors for skin cancer include a variety of environmental and genetic factors, such as excessive sun exposure, living close to the equator, having light skin and freckles and having a family history of skin cancer [source: WebMD]. So how is genetics involved? Normally, your genes control your body's process of generating new skin cells to replace the older, dead cells. However, if the DNA is mutated, it sends incorrect instructions to skin cells, causing new cells to grow unchecked into a cancerous mass [source: Mayo Clinic].

Other genetic skin disorders are caused mostly or entirely by inherited factors include:

There are dozens of other genetic disorders that affect the skin. But there are also many physicians and researchers who are dedicated to diagnosing, treating and understanding genetic skin conditions. To find out more about the genetic factors that affect your skin, follow the links on the next page.

More Common Than You Think

When you hear the phrase "genetic skin disorder" you might think it refers to unusual, rare conditions. However, many common skin conditions are also thought to be caused -- or at least affected -- by our genes. Rosacea, a disorder that causes redness on the face, seems to run in families, especially among those with fair skin [source: WebMD]. Psoriasis, a common skin condition that causes red, scaly patches of skin, may also be caused in part by genetic factors [source: WebMD].