Can too much kissing damage your lips?

How Kissing Could Damage Your Lips 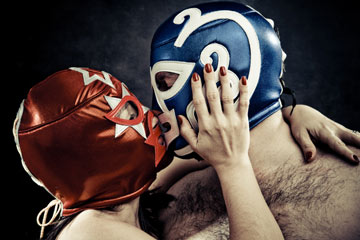 Even lucha libre masks won't prevent saliva from reaching the lips and damaging the tender skin there.
©iStockphoto.com/THEPALMER

The skin on your lips is fairly unique. The rest of the skin across your body has about 16 layers. The outer layer is called the stratum corneum. It's a barrier that protects the other layers beneath made up of dead skin cells that have dried and hardened, or cornified. These cornified skin cells (called corneocytes) are eventually sloughed off and are replaced by newly dead cells from the layer beneath. If you're an average person, you shed about nine pounds (four kilograms) of dead skin cells each year [source: Reucroft, Swain].

On the other hand, your lips are thinner, with about three to five layers. In fact, the skin on your lips is so thin that it gets its color from the blood-filled capillaries in the mucous membrane beneath. This means that the skin on the lips has less protection from damage, and the lips also have the additional misfortune of being located around the mouth. Within the mouth, as we know, saliva is produced and saliva is laden with digestive enzymes designed to jumpstart the food digestion process. A pair of these enzymes, amylase and maltase, can deteriorate the thin skin of the lips every time we lick them with our tongues [source: Gardner].

Saliva is also introduced to the lips during kissing. We often prepare for a kiss by wetting our lips with our tongues. Even a brief peck moves saliva from within the mouth to the outer lips. And saliva is transferred more abundantly during what philematologists (scientists who study kissing) call passionate or open-mouthed kissing. Not only is the individual's own saliva smeared across his own lips, saliva is transferred from person to person. All of this can lead to damage to the thin skin of the lips from kissing.

While saliva can damage the lips, it also plays an important role in kissing. It contains several hormones that are transferred from kisser to kisser, one of which is testosterone. This hormone has been shown to increase sexual desire and physical sensitivity in both men and women [source: Blackwell Publishing]. If kissing can damage the lips, perhaps it's worth the risk. 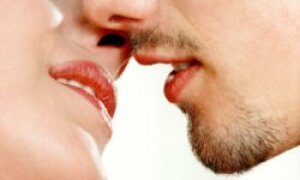 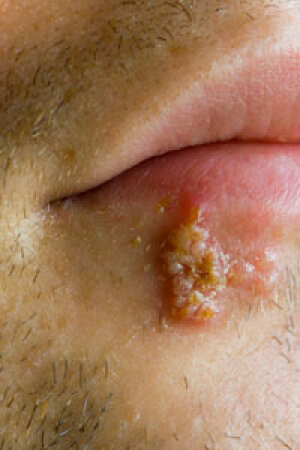 At a Glance: Fever Blister Treatment