by Jason Nell
NEXT PAGE 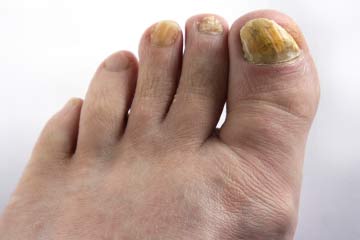 Fungus is one of those words that just sound bad.  Even if you don't know what it is, you definitely wouldn't want it growing on your body. Yet as many as 14 percent of Americans have nail fungus, and in the 60-and-over population, that number can soar up to 40 percent [source: PDRhealth]. Fortunately, there are telltale signs of nail fungus you can watch for, and if you end up among those who've contracted the condition, there are ways to effectively treat it.

You can get fungal infections on your fingernails and toenails. If you want to be on the lookout for nail fungus, it manifests itself in several common symptoms. Pay attention to any changes in the texture or color of your nails. In some cases, fungi cause streaks of yellow discoloration to appear under the nail. In other cases, the fungi appear as white specks or streaks on the surface of the nail. Depending on the type of fungus, your nail may become thicker and separate from the nail bed, or your nail may become weak and break apart or crumble, yet remain attached to the nail bed [source: WebMD].

Changes in color and texture aren't the only signs to watch out for; some fungal infections can spread from the nail to the surrounding skin on your fingers and toes causing inflammation, redness and irritation. In advanced cases, these infections can become quite painful, and they may be accompanied by an unpleasant odor of decay.

Nail fungus not only looks bad; it can also be nasty enough to interfere with your daily activities [source: PDRhealth]. The good news is, it's something you may be able avoid, but you first have to know what causes it. Keep reading to learn about when and why nail fungus rears its ugly head. 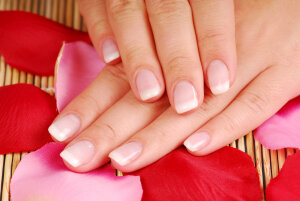 Top 10 Things Your Nails Say About Your Health 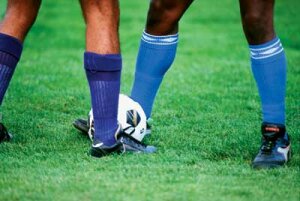