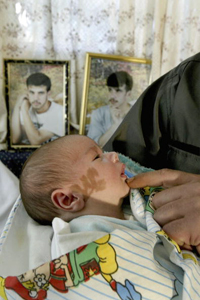 Birthmarks have been called a sign of good luck -- or a mark of the devil. Sometimes they're cute. But they may also cause embarrassment when they appear on people's bodies or faces. Almost every human being has birthmarks, yet very few people understand exactly why these marks appear on our bodies or what they might say about our health.

You probably hardly give your birthmarks a second thought. They're usually painless, harmless and inconsequential, at least from a medical standpoint. Doctors rarely green-light any sort of treatment for birthmarks, primarily because the vast majority of birthmarks appear soon after you're born and then slowly fade as you age.

These marks vary greatly in size and shape. One person may have an almost unnoticeable pea-sized birthmark while another struggles with marks covering most of his or her face. The marks differ in color, too. Birthmarks might be blue, brown, black, pink, white, purplish or tan. Many marks are flush with the skin surface while others are puffy or raised. Specific subcategories of birthmarks appear only on certain parts of the body.

In the past, many cultures attached behavioral or supernatural attributes to birthmarks. There are as many myths and rumors about birthmarks as there are variations in the marks themselves. To this day, some societies view birthmarks as sign that a person is possessed by demons, or that the baby's mother somehow caused the mark during pregnancy.

Science does not fully explain the causes of birthmarks, but experts say your mom's behavior simply can't cause them. Doctors now classify birthmarks into predictable categories, most of which denote medically innocuous marks with no health consequences. However, in a few rare cases, you'll see that birthmarks may indicate potential underlying health problems, and that the marks themselves may cause grave problems, too. Sometimes those problems are entirely physical in nature, while other birthmarks that cause obvious scarring or blemishing may leave deep emotional wounds in children and adults. No matter what kind of birthmark you may have, that skin spot is a ubiquitous, visual reminder of your humanity -- one that you share in common with almost every other person on earth. Read on to see how birthmarks form, what treatments exist and how people around the world interpret these skin signs. 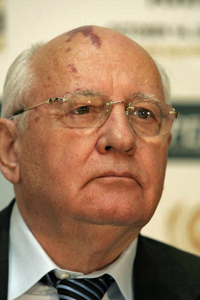 There are two broad categories of birthmarks: vascular and pigmented. Vascular birthmarks are often reddish because, as the name indicates, they're caused by enlarged blood vessel formations. The most common vascular marks are macular stains, hemangiomas and port-wine stains.

Macular (or flat) stains are often called salmon patches, angel kisses or stork bites. These marks almost always appear in areas above the neck, and although some last for many years, most disappear by the age of two.

Port-wine stains are another type of vascular birthmark. Their blotchy appearance looks a little bit like spilled wine. These marks are caused by abnormally developed blood vessels and they may become larger as a child ages. Unlike some other vascular birthmarks, port-wine stains never go away and often darken and may become more obvious with age. Although they generally can't cause health issues, if these appear near the eyes they can cause complications with vision, so a doctor may need to take action.

Hemangiomas, also called strawberry marks, are often raised and easy to differentiate from surrounding skin. About 30 percent of affected babies are born with these marks, while the other 70 percent of affected babies manifest their marks within four weeks of birth [source: Vascular Birthmarks Foundation]. Most of these marks have a reddish color due to the clusters of blood vessels that form them, however, hemangiomas extending deeper into the skin have a bluish cast.

Most hemangiomas disappear by the time a child reaches the age of 10, and as larger formations fade they may leave a scar. These kinds of marks can appear anywhere on the body, but most frequently affect the head and neck. They are most common in Caucasian girls.

Unlike most birthmarks, hemangiomas may have serious impact on a child's development. Their sometimes significant size and puffy structure can interfere with hearing, vision, breathing, eating and other critical bodily functions. Internal hemangiomas can grow on organs such as the liver, brain and intestines, and in some circumstances, they can be deadly. These growths are very difficult to detect, although some doctors have found success locating them with ultrasound. 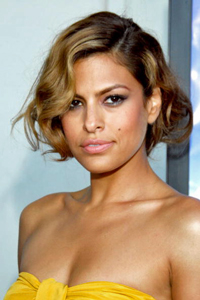 Café-au-lait spots often take on the brownish color of coffee mixed with milk, hence the name. These spots appear just about anywhere on the body. In some cases, the spots may indicate abnormal nerve tissue growth. If your child has several of these spots and the spots are larger than a quarter, be sure to see your doctor.

Pigmentation abnormalities account for Mongolian spots, too. These marks are usually bluish-gray and most often appear on the lower back or buttocks of Hispanics, Asians, Africans and other ethnicities with darker skin. Mongolian spots often completely fade by the time a child reaches school age.

Moles are extremely common pigmented birthmarks. The medical name for multiple moles is brown nevi (or brown nevus for a single mole); the word mole is Latin for spot. There are three categories of moles, including congenital, acquired and atypical moles.

About 1 percent of babies are born with congenital moles, which vary hugely in size, color, texture and overall appearance. Some have fine hair, while others have dark, thick hair. Congenital moles last for life.

Acquired moles don't appear until later in life and they're usually less than one-quarter-inch (0.6 centimeters) in size. These moles are usually, but not always, brown, and sometimes have hairs. Many medical professionals believe these moles result from skin damage caused by the sun's rays.

Atypical moles are usually a little larger than average moles. They often have irregular and poorly defined edges, and instead of an obvious brown, the color may be blotchy and run from brown into a pinkish hue. And while many common moles are simply single brown bumps on the skin, the coloration of atypical moles may affect flat portions of surrounding skin, too. These traits share similarities with melanoma, or skin cancer, so doctors carefully monitor atypical moles. 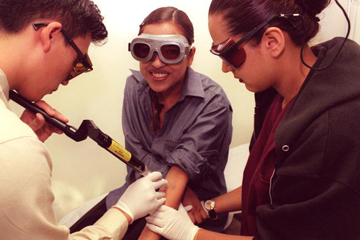 Some birthmarks fade with laser treatments much like those used to remove tattoos.
Dan Callister/Getty Images

Birthmarks rarely point to problems requiring medical treatment. However, doctors do like to monitor some types of marks.

When investigating a birthmark, doctors perform a physical examination of the spots. If the spot raises any suspicion, your doctor may take a series of pictures over time to see how the marks might change in size or shape. Your doctor may also order tests of internal organ function to see if there are any symptoms that may be related to the marks. For more answers, doctors might also employ MRI, ultrasound or biopsy tests.

Doctors often use a series of laser treatments to help fade port-wine stains. The treatments often begin during infancy to increase their effectiveness. The success of these treatments varies widely, and some patients see their stains return to dark blotches as years go by.

Hemangiomas tend to shrivel without medical intervention. Large hemangiomas, especially those near the eyes where they block vision, need treatment. Surgery is one option, but a regimen of steroids is often more effective and far less invasive.

Doctors usually do not treat pigmented birthmarks. However, large moles may be a precursor to skin cancer, so surgery may reduce a patient's risk of developing melanoma. Even with surgery, though, very large moles may be difficult to remove completely.

Barring surgery, lasers, and other medical procedures, some people resort to basic means when disguising their birth marks. Sometimes a change in hair style or makeup application helps conceal the mark from curious onlookers and helps a patient feel more at ease in social situations.

Of course, most people would prefer to simply prevent birthmarks from the beginning. There's just one problem -- science currently has no means to prevent these spots from occurring.

Birthmarks have spawned myths and superstitions throughout human history. Every culture has a slightly different take on these spots -- sometimes good, and sometimes very, very bad.

Many societies once believed that a pregnant woman's behavior could cause birthmarks. Some believe that eating too many red foods caused strawberry marks. Others believed that strong fearful emotions or overwhelming desires in a mother imprinted the marks. More recently, people thought that X-rays directed at a pregnant woman left marks on her baby.

Birthmarks have other meanings in some cultures where reincarnation is prevalent. In some cases, people believe that the marks indicate an area where a person was injured in a previous life.

Some interpretations of birthmarks are more insidious. People with birthmarks have been cast out of normal society and demonized as witches because they were born with the "devil's mark." And in Japan, many pregnant women were warned never to look at fire, lest their baby be born with a "burn" on his skin.

Contemporary societies aren't exempt from these kinds of stigma. In India one woman recently was ostracized from her peers because they thought her birthmark suggested that she was possessed. Fortunately, not all birthmark legends have such negative connotations -- in some eastern European countries, it's considered good luck to touch someone with a birthmark.

But even without superstitions and myths adding to the confusion, birthmarks often come with heavy emotional baggage. Many people ridicule children with disfiguring birthmarks, leaving psychological wounds much deeper than the marks themselves.

Parents and friends of children with clearly visible birthmarks can help prevent and dampen emotional distress caused by birthmarks. Because children learn to respond to ridicule or shock by observing others, treating birthmarks as just another normal part of a unique childhood may make things easier. And being supportive in all aspects of a child's emotional development will help them learn to deal with their birthmark gracefully as they mature.

If you're interested in learning more about your skin and other related topics, follow some of the links on the next page.