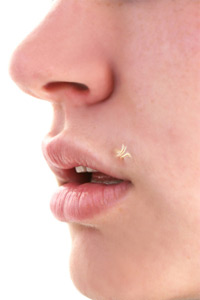 We convey so many things with our faces. Don't you want yours to be wart-free? See more pictures of skin problems.
©iStockphoto.com/bobbieo

People spend a great deal of time looking at one another's faces. When they talk, they look one another in the eyes. When they share funny stories, they search for smiles and other signs of amusement. When they communicate unpleasant news, they watch for an expression of anger or sadness. Because a person's face draws so much attention, a small wart on the face can be cause for great concern.

Warts are benign growths of skin caused by the human papillomavirus (HPV) [source: FamilyDoctor]. When HPV enters the top layer of skin, often through a cut or another opening, the virus causes the skin cells to grow rapidly. The resulting growth is a wart. Warts can appear anywhere, on anyone, at any age. Most often, warts appear during childhood and are less common among elderly people.

Warts are named based on their appearance and the places where they form. Filiform warts have skin-colored fingerlike projections and most typically form on the face, neck, eyelids and lips [source: Wart Information Center]. However, filiform warts are not limited to the face. They can also crop up in other areas with thin skin tissue, such as armpits and certain areas of the leg [source: Pharmacy Times].

While it can be concerning to discover a filiform wart, it's important to know that they often are not permanent and certain treatments can help get rid of them. Although no cure exists for the wart-causing human papillomavirus at this time, there are treatments that remove problematic warts as they appear.

First, let's learn what causes the growth of warts. 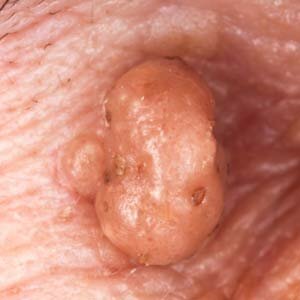 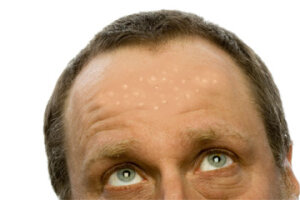