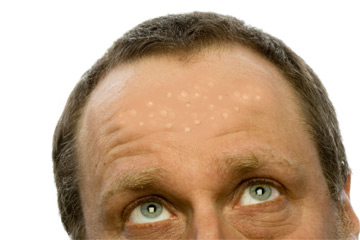 These tiny, smooth spots on your skin are usually skin-colored -- pink, yellow or even light brown -- and difficult to see. They most often appear on your face, neck or legs. These spots may form in groups, with as many as one hundred or more in one area. Sometimes, they occur in a line or a circle. What we're talking about is flat warts.

Unlike common warts, which have a dome-shaped appearance, flat warts are usually flush with the skin's surface. They're smooth, while common warts are often rough. Flat warts tend to be smaller than other types of warts -- as small as 0.07 inches (0.2 centimeters) and often not larger than 0.39 inches (1 centimeter) [source: Intelihealth]. Unlike plantar warts, which grow on the bottom of feet, flat warts typically appear on men's and children's faces or on women's legs. In fact, they're much more commonly found on children and are sometimes called juvenile warts [source: KidsHealth].

Flat warts, or Verruca plana, are more often a cosmetic problem or a slight inconvenience. They're considered a benign growth and don't normally cause pain, although sometimes they may itch [source: Warts Information Center]. Occasionally, they can become sore if they appear in an area where clothing is tight or rubs against the skin. Flat warts may disappear by themselves over time. However, because flat warts often appear in groups and on the face, people don't always want to wait for them to clear up. Moreover, because they're contagious, early treatment can prevent them from spreading [source: Intelihealth]. 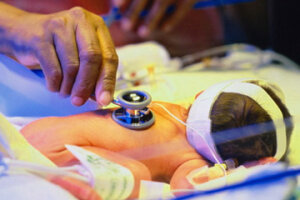